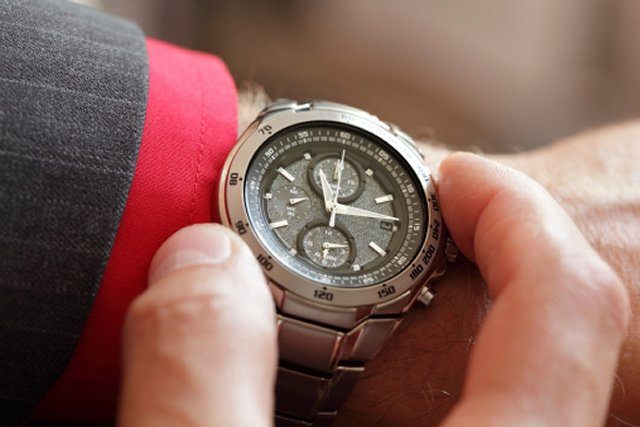 While most people own a watch, either to wear for practical reasons or as a fashion accessory, the rich and famous often wear watches to make a statement about their wealth. Their ‘bling’ lets people know they have made it and can afford to splash out on a few luxuries for themselves. Here is a list of the 15 most expensive watches.

No monetary figure is attached to this watch as it is considered to be priceless. Bracelet-like in design, the square panels of this elegant watch are made from platinum. It has a sapphire dial and 576 diamonds.

Anyone who loves the glitz and glamor associated with precious stones will love this colorful watch. The face is surrounded by three heart-shaped diamond. Th red diamond is 15 carats, the blue diamond is 12 carats and the silver diamond is 11 carats. There are an additional 874 diamonds designed in the shape of flowers. The yellow diamonds lie in the center and are surrounded by whiter diamonds.

In 1999, this watch sold for $11 million at Sotheby’s auction. It was manufactured in 1932 for Henry Graves and took four years to complete. This watch features 24 complications and 18 carats of gold.

This watch is so-called because it presents materials from a 200 year old moon meteorite. It has an 18 carat gold case and a hand engraved dial.

Anyone with $4 million to spare may choose this fantastic watch from Patek Philippe. This easy to use watch displays different time zones across the globe.

This stunning ladies wrist watch is crafted from rhodium plated with white gold. The body of the phoenix is covered with 3,010 brilliant-cut diamonds. Emeralds and 3.53 carat diamonds are used for the eyes of the phoenix.

This ultra-smart watch was designed and created by Franck Muller, a Swiss company founded in 1992. Only available in Geneva and New York, this watch has time reserves for both time and chime. It also features a 999 year calendar. It has 36 complications and this is more than any other watch ever made anywhere in the world.

Parmigiani Fleurier is a Swiss company founded in 1975. The colorful case features a lotus flower a snail design in enamel. The pocket watch also has a perpetual calender and a minute repeater with cathedral chimes.

This watch has a mechanical case that must be manually wound, a platinum case and 686 parts. An unusual feature of this watch is the two faces. While one tells the time in the traditional way, the other shows sidereal time and a sky chart. This makes it a fantastic watch for anyone interested in astrology.

Ulysse Nardin was founded in 1846. Their Royal Blue Toubillon watch is a bejeweled delight. The platinum case is adorned with 234 baguette-cut royal blue sapphires of 16.79 carats and 568 baguette-cut Top Wesselton diamonds. No wonder it is worth a cool $1 million. Only ten of this watch were produced.

The Hublot Black Caviar Bang has both black and white diamonds. The 18 carat white gold case of the watch includes 322 diamonds, while the bezel features 179. There are an additional 30 diamonds on the clasp. This watch is a one-off piece.

Originally, Jacob & Co. only made eighteen watches as part of their limited Crystal Tourbillon edition. It has an 18 carat white gold case and is decorated with diamonds, including a 2.22 carat baguette diamond buckle.

The most unusual aspect of this watch is that it contains a piece of lunar meteorite that is 2000 years old. The unique design includes a chronograph, a perpetual calender, a minute repeater and 180 carats of gold.

A platinum case and a crocodile skin strap are two of the key features of this watch. It is constructed from 740 components and pieces, all of which are handmade.

This watch features a perpetual calender, a titanium case, a crocodile skin strap, a minute repeater and a chronograph. It is only available at Audemars Piguet’s New York City boutique.