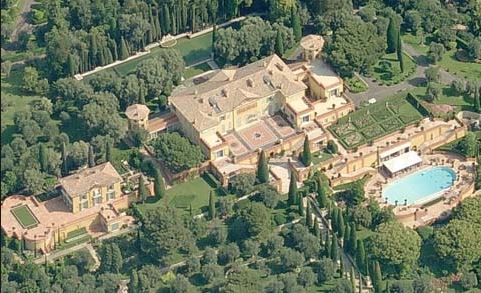 A gift from a sitting king to his beloved mistress, situated on more than 18-acres of land, Villa Leopolda is one of the most impressive residences in the French Riviera. In Villefranche-sur-Mer, this lovely home is one that has a rich history, a unique culture and a long list of past owners both famous, admirable and exceptionally wealthy. This is the home of all homes, listed as one of the most expensive in the entire world. Few homes have even come close to the price point of this gorgeous estate. The last time this home sold was back in 2008 when the current owner paid a staggering $750 million (US) for the multi-faceted estate. Her name is Lily Safra, and her investment was more than good. Now with an estimated worth of $1.2 billion, she has plenty of room to negotiate should she ever decide to sell.

As one of the most interesting, amazing and expensive homes in the world, according to Forbes, it’s not unusual for the rest of the world to wonder what it is about this home that makes it so expensive, so intriguing and so valuable. 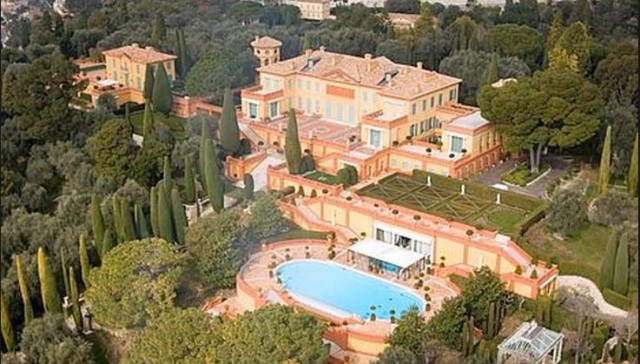 What a history this home has. It was during the reign of King Leopold II of Belgium when this glorious estate was first created. The King gifted this estate to his beloved mistress. Her name was Blanche Zelia Josephine Delacroix, though she is more commonly referred to as Caroline Lacroix. The home was where the two met for their illicit trysts, and where the King could escape his family at his whim. Upon his death, his family – disgusted by his bold and irreverent gift to a woman not a royal – evicted the mourning mistress and allowed King Albert I to begin using the home as his own; he was a nephew of the deceased king.

For a time during World War I, the estate was no longer used as a luxury villa but as a practical hospital for the military soldiers injured on the front lines. It was 1919 before Therese Vitali – comtesse de Beauchamp – took over the property and decided to update it, add to it and return the estate to its former glory. The new owner hired an American architect by the name of Ogden Codman, Jr., who purchased all 12 of the structures that were on the property turned into one elaborate estate. His work was complete by 1931, but he was forced to rent the residence due to financial stipulations.

When the American architect died in 1951, the estate was purchased by Izaak Walton Killam. He died shortly thereafter and left the house to his wife, who sold it to Gianni Agnelli, president of Fiat, and his wife. In 1963, the couple sold the home to Dorothy J. Killam, the woman who sold the home back to the woman who sold it to them. Dorothy Killam lived in the home until she died in 1965, worth more than $93 million.

The house remained quite still until it became owner by Edmond Safra, a Swiss Banker, and his wife in 1987. They lived in Monaco, not far from the home, and used it for their elaborate parties and excess. The home was once again remodeled and redecorated. When Safra passed, the house went to his wife, who attempted to sell the home in 2008 shortly after she inherited it. The buyer was said to be Russian billionaire Mikhail Porkhorov, but he denied his interest in buying it, and reportedly backed out of the sale. Safra used his purchase deposit to make several substantial charitable donations. The home remains in her name, though it’s reported she does not reside there. Today, it’s rumored than one of the owners of the home – as it is believed there are several – is Microsoft founder Bill Gates. 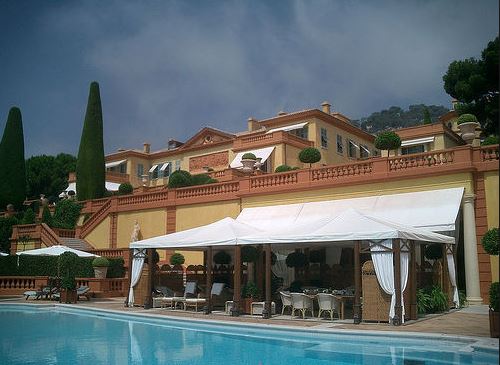 Comprised of two guest houses, the entire estate is created with exterior staircases, sport courts, an excessively sized swimming pool and requires the daily work of more than 50 gardeners. The home consists of 19 bedrooms, each with its own elaborate and sprawling private bath and outdoor terrace. The home features a bowling alley, several dining rooms and even a number of kitchens as well as a private movie theater. The home features more than 80,000-square feet of excessive luxury. 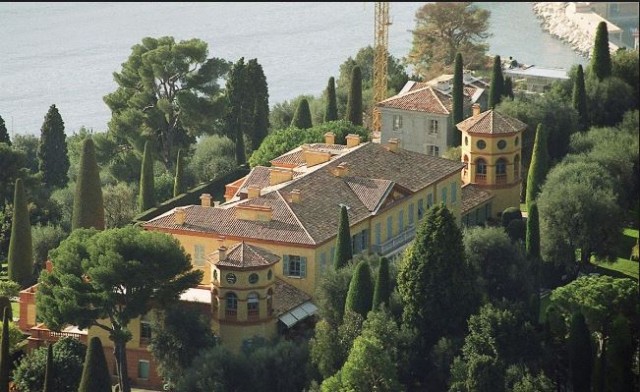 There is much to be said about Villa Leopolda, and much of it is fun; some factual and some fictional, though not all is confirmed. We know that the house is one built for the lover of a sitting queen outside the knowledge of his wife. It was then taken over by family upon his death, sat abandoned for many years, and no one is quite sure who the current owner of the house really is. It’s believed that Lily Safra still owns the home, though there are reports that she very quietly sold the home to a number of owners, including Bill Gates. He has never confirmed this information, but he is frequently seen visiting the estate and staying inside its many elaborate walls.

Another fun fact is that the home once served as a location for a movie. It was used in the 1948 movie The Red Shoes and made even more famous because of that than ever before. The protagonist in the movie is famously seen climbing the very famous steps of the home thinking she was a dinner guest at the home of a very powerful person until she is then invited to become a star.

The home was used again in the amazingly well-made Alfred Hitchcock film To Catch a Thief in 1955.

Finally, it’s not very well-known that this home is considered a historical monument. It was registered in France because of a very interesting reason. The home features the style of Belle Epoque, a style that was made very famous from 1871 to 1914; creating a reason for the home to become a historical monument in France.