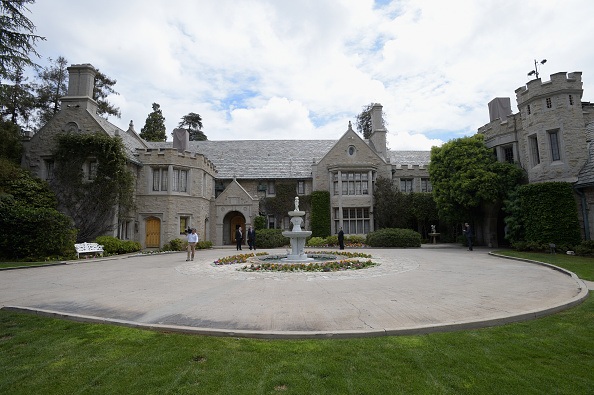 For decades, the Playboy Mansion has been infamous for being the hotspot for wild parties and outrageous events. Purchased in and lived in by the original Playboy himself, Hugh Hefner, the mansion has become a pop culture staple that most people have wished they could visit at least once. However, recently, it has been announced that Playboy will be selling the mansion, and despite the fact that no major changes have been announced, it’s clear that it is the end of an era. But while the mansion may cease to be the life of the part, there’s no doubt that it’s legacy will continue to live on. Here are 20 things you didn’t know about the Playboy mansion. 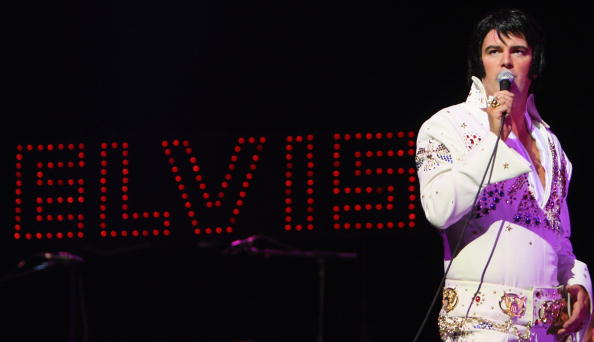 There is an Elvis room.

Elvis Presley is one of the of the most well-known musicians of all-time. Even decades after his death, fans continue to listen to and praise his work. Well, while his memory definitely lives on through his work, it apparently also lives in the walls of the Playboy mansion. In the house, there is a secret “Elvis room” the tis off-limits to the public, and got its name for being the spot where Elvis ‘slept’ with more than half a dozen Playboy bunnies. 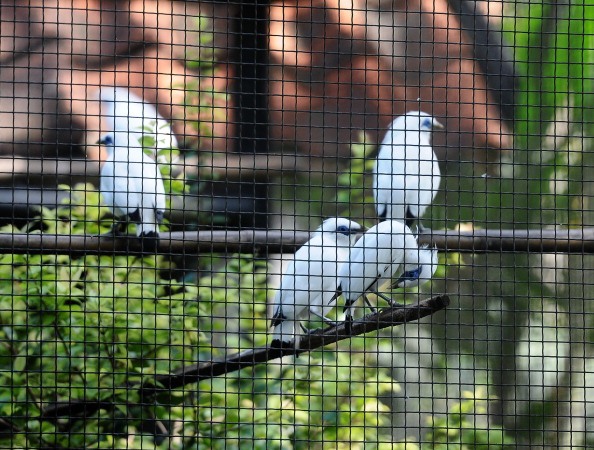 The property has a zoo license.

Just when you thought the Playboy mansion couldn’t get any more strange, it does. The property is one of the only private homes in the entire country that has a zoo license. Although the mansion doesn’t have a collection anywhere near as impressive as a public zoo, it’s got quite a few interesting animals. 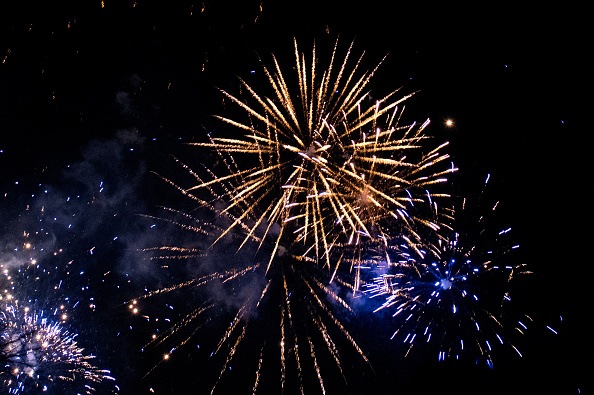 The property has a fireworks permit.

Since you obviously can’t have a zoo license without a fireworks permit, the Playboy mansion decided to get them both. Apparently, the property is the only home in all of Los Angeles to have such a permit. That’s pretty impressive.

(Photo by Ben A. Pruchnie/Getty Images) 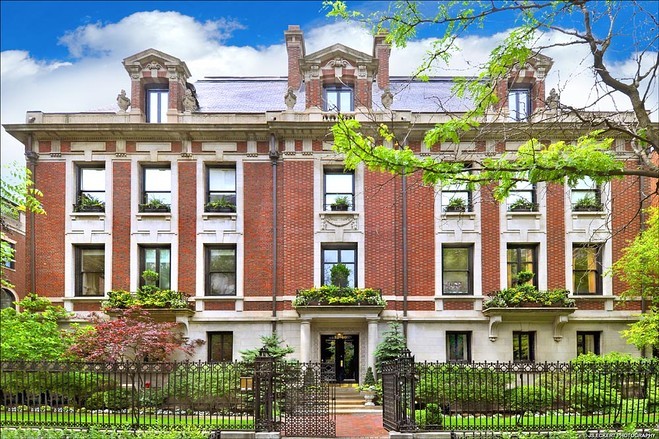 The mansion everyone is familiar with isn’t the original.

Although most people can easily recognize the Playboy mansion, the house that everyone knows and loves isn’t actually Hef’s first. The original Playboy mansion was located in Chicago, was purchased by Hugh Hefner in 1959. 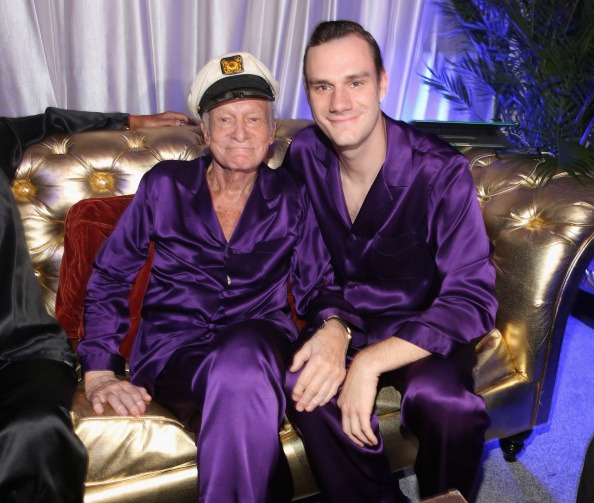 Although Hugh Hefner and the mansion are often associated as one, Hefner doesn’t actually own the mansion anymore. Playboy Enterprises is the owner of the mansion now. However, Hefner pays rent for the parts of the home that he uses for he and his bunnies. 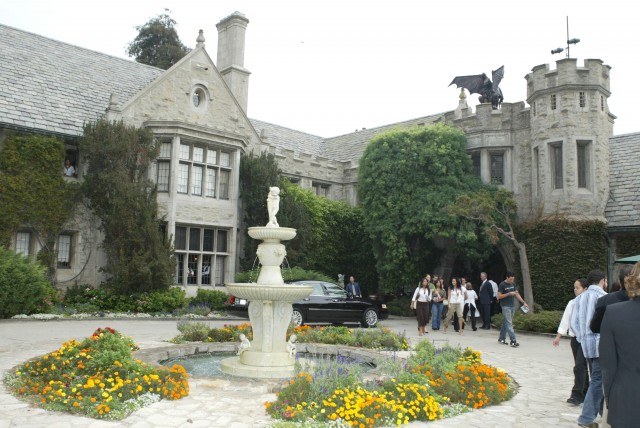 The property has fallen into disrepair.

It can be hard to imagine the Playboy Mansion is anything less than lavish, but these days it’s not looking so good. Over the years, the property has really fallen into disarray, and there is a lot of work that needs to be done to help get it back to its original glory. 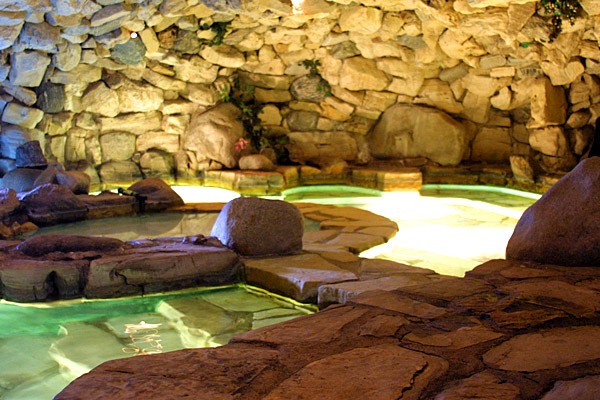 The Grotto is gross.

The Grotto is one of the most well-known areas of the mansion, this cave-like pool and party room has been the scene of countless crazy moments. However, as you can imagine, any dark and secluded section of the Playboy Mansion has probably seen a lot of inappropriate activity, and The Grotto is no exception. In 2011, the Grotto became the scene of a public health scare when disease-causing bacteria was found in the hot tub. Swimming in this place right seem like a dream come true, but if you value your safety you might want to let this one pass you by.

Partying isn’t the only thing that goes on at the Playboy Mansion. Every Sunday, Hef and the bunnies stop all the shenanigans and sit down to have a family style movie night. Although you might expect them to be watching the latest and greatest films, typically they watch classics from Hefner’s private collection which includes around 4,000 movies. 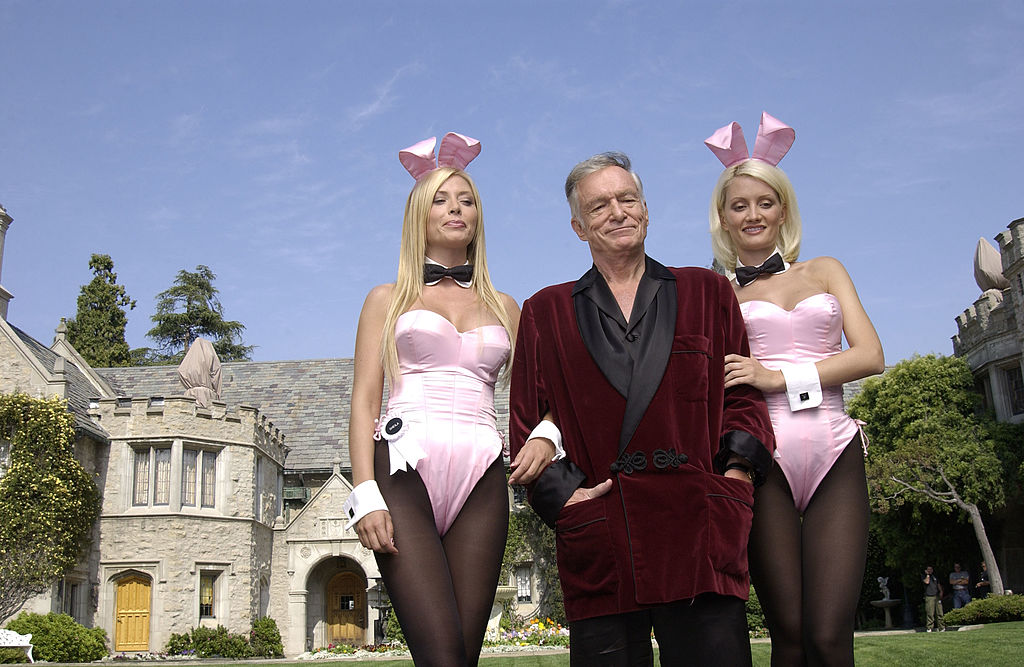 Being a Playboy Bunny seems like a relatively easy job. After all, how hard can it be to live in a mansion and get paid for being cute? Well, everything isn’t always all it’s cracked up to be, and several Bunnies have complained about having to live in the mansion. Apparently, Hugh Hefner isn’t easy to live with, and some Bunnies even reported that he could be cruel and controlling. 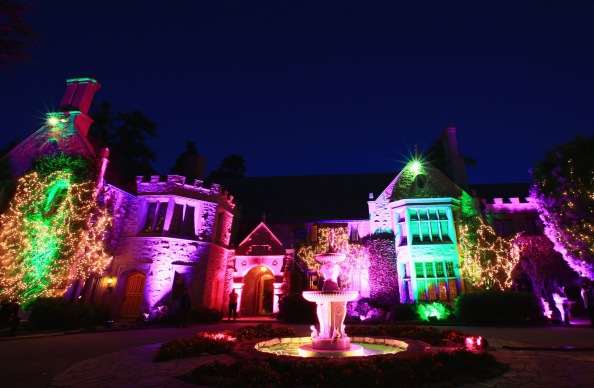 There’s been some illegal activity.

As you can imagine, things in the Playboy Mansion aren’t anywhere near wholesome. Throughout the years, the mansion has gained quite the reputation, and many of the wildest stories have probably never even reached the light of day. However, the mansion has often been associated with lots of party drugs, and it’s really not hard to picture some of the things that may go down during some of those parties. 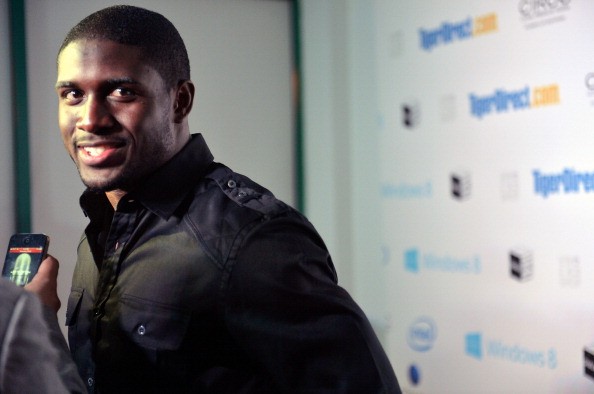 Some celebrities have been banned.

You know you’re doing something wrong when you get banned from an anything goes place like the Playboy Mansion. Luke Wilson was banned for a year after trying to sneak into a party, and sources say that he even called Hefner’s secretary in tears. Other stars who have been banned from the mansion also include Reggie Bush and Cade McNown.

(Photo by Gustavo Caballero/Getty Images for The Workshop) 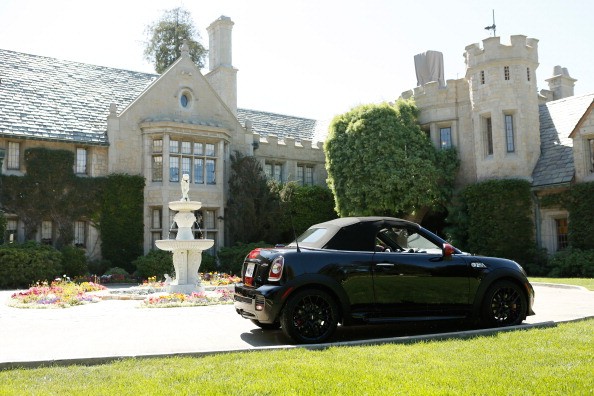 It isn’t the only mansion of its kind.

While the Playboy Mansion may seem like a one of a kind place, that simply isn’t the case. The house next door, which Hefner’s ex-wife moved to after their divorce, is identical in appearance to the Playboy Mansion. However, it is slight smaller. 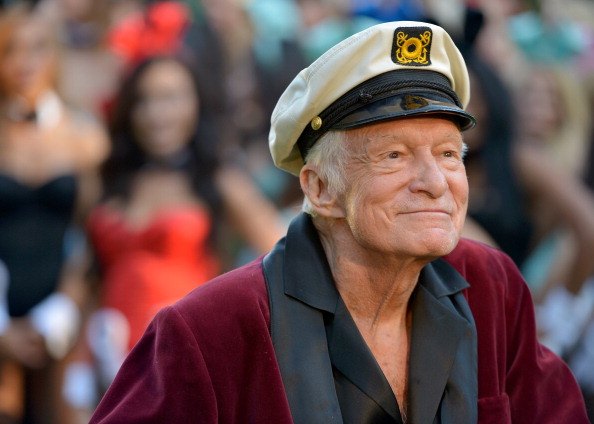 The Playboy Mansion is almost the same age as Hugh Hefner.

Some people may think that Hugh Hefner had the Playboy Mansion designed, but in reality, the home is almost as old as he is. Hefner was born in 1926 while the house was built in 1927. Hefner purchased the house during the early 70s for just over $1 million. 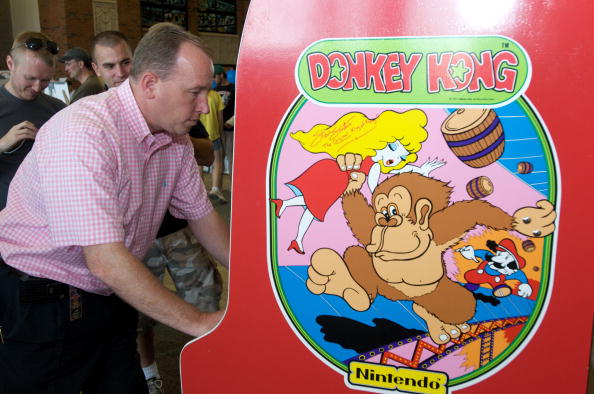 There is a separate arcade.

What’s a luxury house without a game room? However, the game room in the Playboy Mansion is much more than just a room. In fact, it is a separate building that houses several classic games as well as other entertainment options. 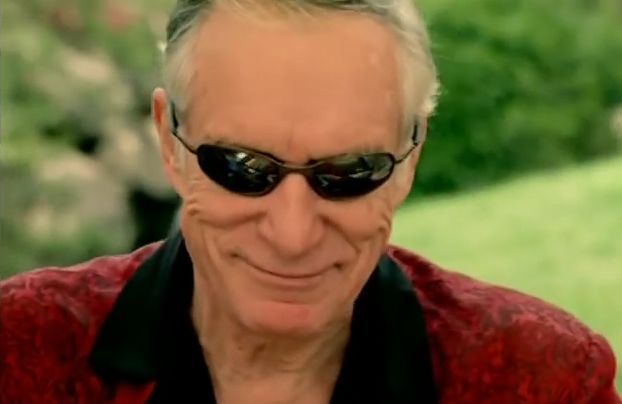 The mansion has been in music videos.

During the 90s and early 2000s, music videos has reached a new level of popularity, and artists were spending ridiculous amounts of money to make sure that their videos looked great. Well, what better way to make your video look amazing than to shoot it at the Playboy Mansion. With that being said, several artists have used the home as the setting for their videos including Limp Bizkit and Weezer. 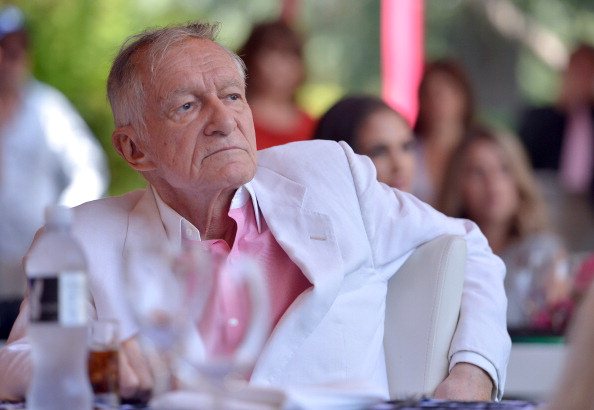 The mansion is used for charity events.

Some people may not think too highly of the Playboy Mansion, but if there’s one thing the this place knows how to do, it’s use its powers for good. Over the years, the Playboy Mansion has hosted several charity events including an event to raise money for autism. 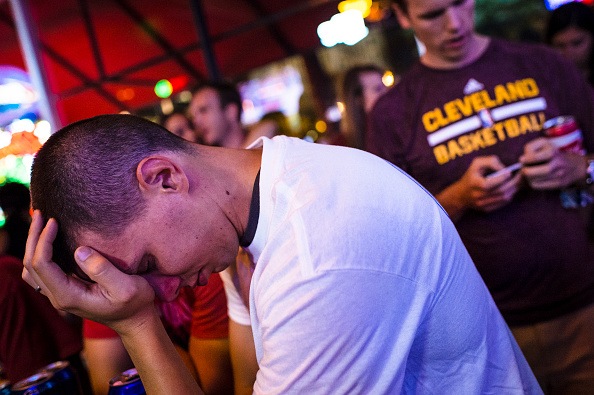 During its prime, the mansion was the place to be. Celebrities from all areas of entertainment were regulars, and it was an honor to be included in the mix. These days; however, things have certainly changed and many who are invited to the mansion leave feeling disappointed. One guest who went to the home for a movie screening says that the place isn’t it’s cracked up to be. 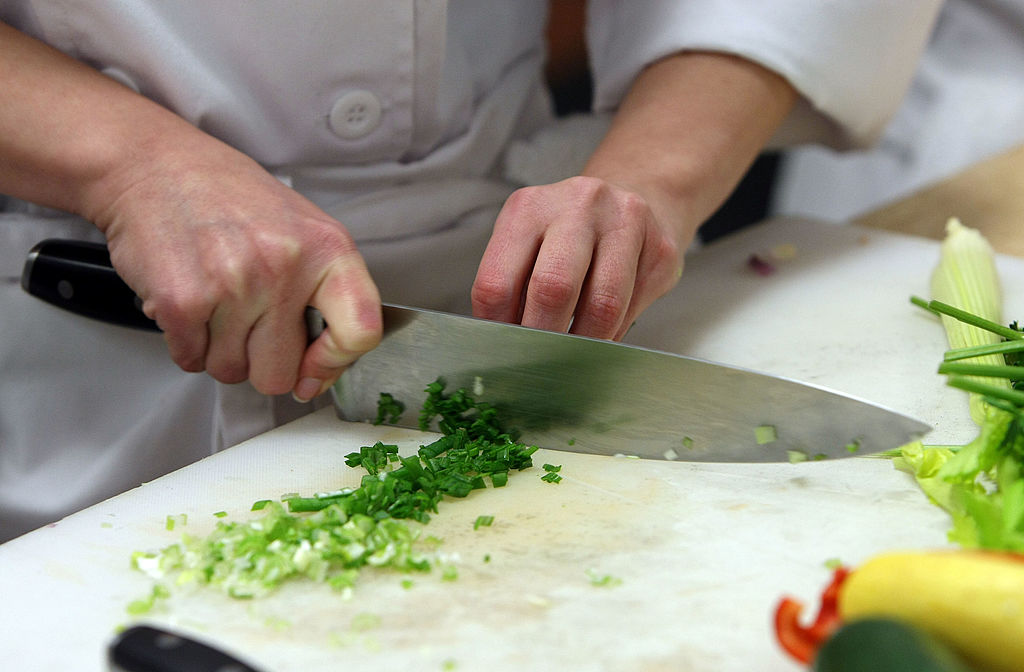 There are a dozen chefs.

With a constantly flow of Bunnies moving in and out of the house, the Playboy Mansion employs 12 chefs to keep up with the 24 hour food service. The Bunnies are allowed to order anything they want at any time of day, but they are now allowed to go into the kitchen.

It has more than two dozen rooms.

Some people may think it’s strange that Hugh Hefner allows his Bunnies to live in the mansion with him. However, there is so much space, that it’s possible for several people to live in the home and never even see each other. With a grand total of 29 rooms, there’s plenty of space for everyone to have their own space. 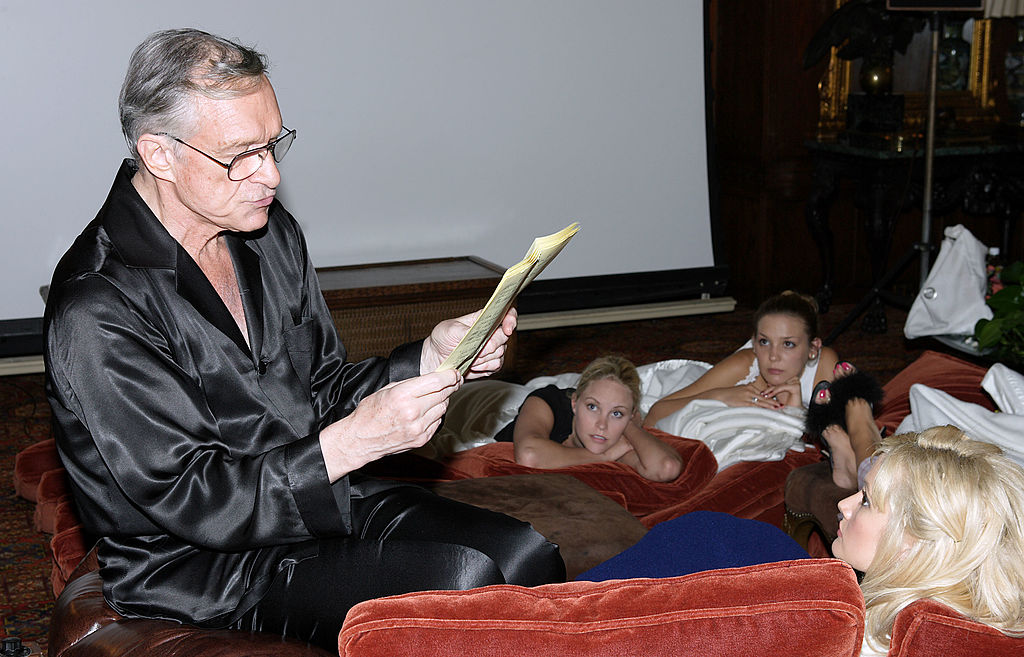 Hugh Hefner will live in the Playboy Mansion until he dies.

With the news of the pending sale, it’s clear that the Playboy Mansion is about to be going through some very serious changes. However, one thing will remain the same. As a condition of the sale, the new buyer must allow Hugh Hefner to remain a resident of the home until his death.