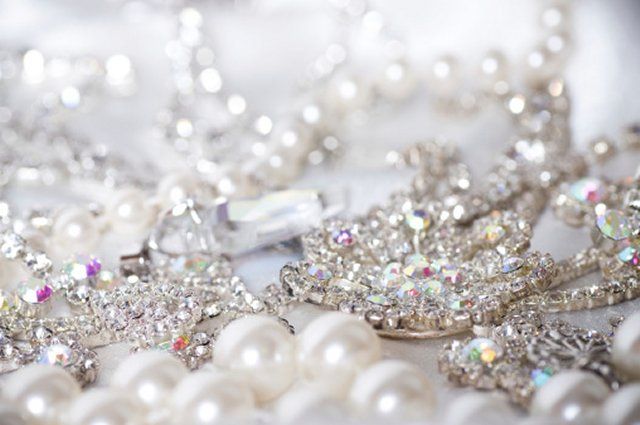 Diamonds, rubies, gold and silver, are only a few of the materials, in your jewelry and bling. Jewelry enthusiasts look forward to wearing a family heirloom, that carries significant memories of days gone by. Whether it is something given to you by your mother, or something bought at auction, your jewelry, says a lot about who you are. Jewelry accessories make your clothing look grander. So the bigger the bling, for many people, the better. That being said, you may be interested in learning, about the most expensive jewelry in the world. View the list below to see the jewelry, that others can’t stop talking about:

A Cartier of Paris original, this panther shaped bracelet, was said to once be worn by the Duchess of Windsor, Wallis Simpson. Made of diamonds and onyx, the bracelet was actually appraised at one third of the price, bought at auction. Rumored to be bought by Madonna, after she produced a movie about the Duchess, this high priced bling will make you ROAR!

This emerald and diamond tiara, is said to be a part of the exclusive collection of Empress Eugenie. The tiara features eleven very rare Columbian emeralds, that weigh a staggering 500 carats. Sold at Sotheby’s auction, for 12.7 million dollars, this truly extraordinary tiara, is fit for a queen.

Made by Garrard, one of the most respected names in jewelry, this 40.63 carat ruby, mounted on a 153 carat diamond necklace, takes bling to the next level. With one of the rarest Burmese rubies in the world, this necklace could certainly steal anyone’s heart away.

A 1972 Bulgari original, this diamond has a 10.95 blue diamond, that appears to be a mirror image, of the triangular shape of the 9.87 white diamond. Truly a masterpiece ring, the flawless diamonds are verified by a report, from the Gemological Institute of America.

Blue diamonds are some of the most rare and sought after diamonds in the world. This oval shaped blue diamond, surrounded by flawless triangular white diamonds, set on 18 carat gold, will leave you wanting more. One of the most original rings in the world and priced at 1.7 million per carat, this ring brings its’ own set of high standards to any room.

The Heart of the Ocean Diamond, is the exact imitation of the blue diamond, that was worn in the movie Titanic. The diamond is arguably, the most known and recognized piece of jewelry, in the world. Worn at the 1998 Academy Awards by actress Gloria Stuart, who played Rose in the movie, this blue diamond carries its own weight. This diamond is so spectacular, that even copies have sold for over three million dollars. Now, that’s what I call DIAMOND POWER!

Pink is the color for little girls who are now powerful women. And this ring on your pretty little finger, will certainly bring the stares. A 14.23 rectangular shaped pink carat diamond, surrounded by two diamonds that are 1.73 carats and 1.67 carats respectively, on an 18 carat gold and rose ring, makes this sparkler, something that the little girl, inside of every woman, dreams of.

Taken from the Indian mines of Golkonda, this diamond is rumored to have been purchased by King Philip IV of Spain, for his daughter. Later, it came into the possession of the Habsburg’s family and then was sent to the Wittelsbach family. The journey continued for the large blue oval diamond, when it was purchased in 2008 by Laurence Graff, who cut the large diamond, into three smaller blue diamonds. One of these smaller diamonds, weighed four carats and is now considered to be, one of the most flawless colored diamonds, in the world. And with the lavish history of this ring, possibly worn by royalty, this ring is an extraordinary piece of jewelry, that is a must have.

Designed by Susan Rosen and Steinmetz Diamonds, this bikini set of diamonds, was brought to its’ glory, when worn on a swimsuit edition, in 2006, by supermodel, Molly Sims. The bikini was said to be the most expensive bikini in the world. The bikini has over 150 carats of diamonds, all set in platinum. Now that’s one way to go swimming!

Surrounded by mystery, there is not a lot known, about The Graff Pink Diamond. The 24.78 pink carat rectangular diamond, was said to have been purchased initially, by a private collector, from the great jewelry creator Harry Winston. It was then sold at auction to the great Laurence Graff. Having the distinction for having the highest price paid for a single diamond and the greatest diamond ever discovered for it’s classification type, this diamond has a lot to live up to. Simply put, it is, THE BEST IN THE WORLD!