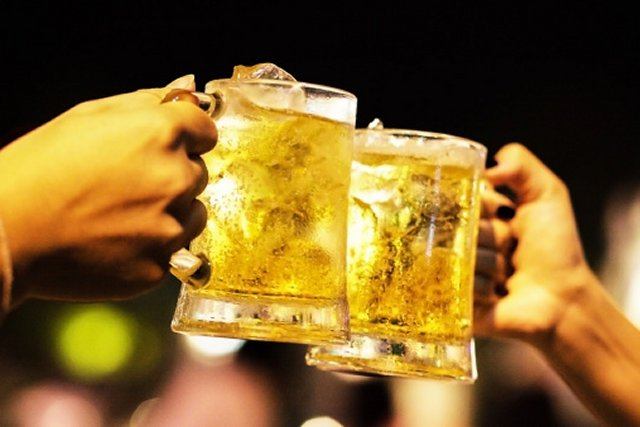 Few things in life are more refreshing than a nice tall glass of beer when it comes to winding down after a long day. Would it become such a routine for the average person to toss a couple brews back on a daily (or nightly basis) if they paid more than 10 times the price for that beer? Likely, not. Luckily for beer lovers there is the best of both worlds. If you want your average six pack of beer at a decent price the option is always available. However, if you care to take it up a notch and be a little more adventurous, you might think of trying some of these rare beers that is, if you can afford it. Here is a list of the 10 most expensive beers in the world today.

What beer could be colder and more refreshing that one that is created from ice from an iceberg in Antarctica? This is special addition ale that was auctioned off in efforts to raise money for the “Save the Whales” campaign. Considering it fetched a little under $2000 dollars the campaign can surely be labeled a success.

The reasoning behind its staggering price is the fact that his beer was stored for 10 years in a restaurant cellar. Who wouldn’t want to taste 10 year old beer? Because of its rarity not many will get the chance. It has alcohol content at 8%.

If Miller High Life is the champagne of beers then consider this the wine of beers. That is what it is marketed as at least. The bottle itself is reminiscent of a fine bottle of wine. Only the best ingredients are handpicked for this beer.

The fact that this beer is 55% alcohol in and of itself should be enough to tempt you to try this beer. Even with its high alcohol content, it is still only the second strongest beer in the world. You can decide for yourself whether it is interesting or insane to have the beer bottle stuffed inside of a taxidermied weasel or squirrel.

If you are ever in Denmark try this beer. It is the only place you are going to find it for sale anyway. In most diners opinions this beer is best served with cheeses and sweet treats, as it has the taste of wood, dried fruit, caramel and a touch of smoke.

Try saying that name 3 times fast in a row. Dare you. It is the strongest beer in the world today sitting at a whopping 57.5 % alcohol content. However, one would suspect that the reason why the alcohol content is not higher is due to the German Beer Purity Law which basically which put a cap on how much alcohol can be present in beverages.

The only American beer on this list, it is made by a brewer that actually makes more affordable beer. This beer has a drastically different package. It is presented in a copper bottle that looks like it should have something a little more refined in it. Only 3000 of these beers were brewed.

If you want a beer that is totally out of this world, then this is the beer for you. Back in the day, Japanese and Russian scientist had the fabulous idea to plant barley on the International Space Station for no other reason than curiosity. The Japanese came up with this version of beer and sells it for an astronomical price, but if you want to try space beer for a cheaper price the Russians have a more affordable version available for only $20 dollars.

Another strong beer is on the list sitting at 41%. This beer has four times more hops, has been distilled four times, and frozen four times. If you are going to pay this much for a beer then it may be wise to sip and savor it so you will remember your experience the next day.

This beer is a literal remake of what beer tasted like back in ancient times. The residue from Queen Nefertiti’s Royal Brewery was analyzed and this is beer was the result of the ingredients determined to be used in that bear. The brewery that created this beer is closed now, so the remaining bottles may be auctioned off at higher prices.