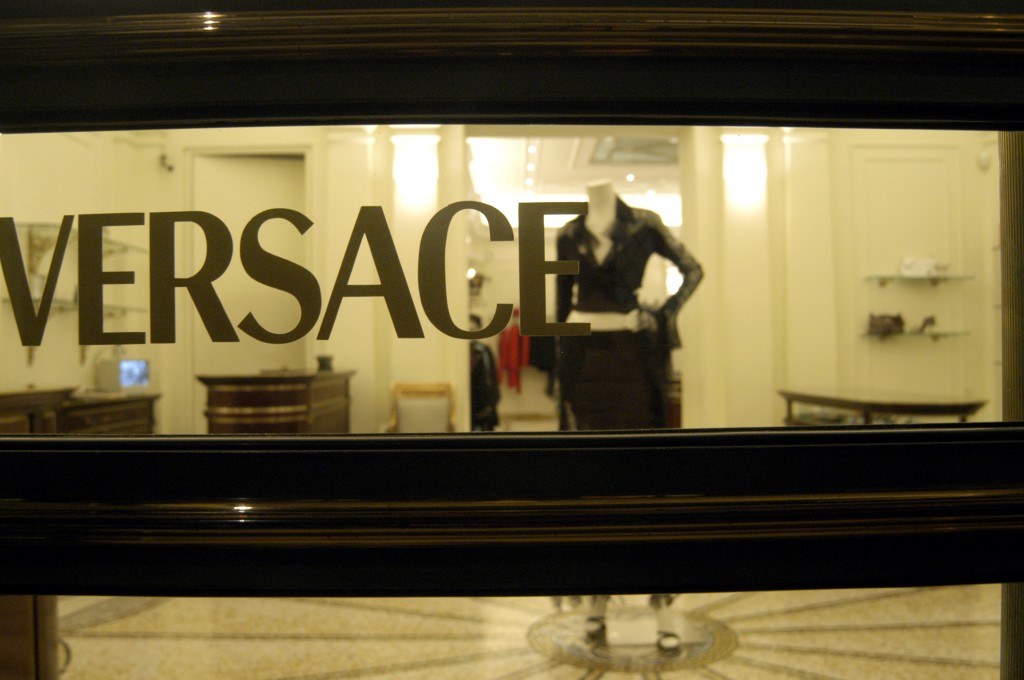 Gianni Versace S.p.A., usually referred to as simply Versace, is an Italian fashion company and trade name founded by Gianni Versace in 1978, when the first Versace boutique was opened in Milan’s Via della Spiga. In 1994, the brand gained widespread international coverage due to the black Versace dress worn by Elizabeth Hurley–referred to at the time as “That Dress”–which is said to perhaps be Versace’s best-known creation. After the death of Gianni Versace in 1997, his sister Donatella Versace, formerly vice-president, took over as creative director, while his older brother Santo Versace became CEO. In 2000, the green Versace dress worn by Jennifer Lopez to the 42nd Annual Grammy Awards also gained a slew of media attention and was voted the fifth most iconic dress of all time in a 2008 Daily Telegraph poll. In February of this year, The Blackstone Group purchased a 20 percent stake in the company for more than $261 million. Headquartered in Milan, Italy, Versace–which has more than 80 boutiques operating worldwide–reported a revenue of more than $596 million last year. Read on for a list of the most expensive Versace wallets on the market today.

The $695 Macro Vanitas Zip Around Wallet, available in black, red, and midnight blue, is a Versace zip around from the new “Macro Vanitas” line. “In soft nappa leather this style celebrates a renewed version of Versace’s iconic “Vanitas” enriched with vertical stripes. Pair it with a bag from the ‘Macro Vanitas’ collection and be the next trendsetter.” The zip around wallet features quilted barocco leather and and interior card holder.

One of two Vanitas Barocco Wallets on this list, the $695 Vanitas Barocco Wallet is a square wallet from the Vanitas Collection that “will hold your change and tell your love for beautifully crafted small leather goods.” The four-inch-by-five-inch leather French flap wallet–available in midnight blue, red, yellow, and white–features iconic barocco quilted nappa leather, a snap fastening, and gold color hardware.

Available in both black and light brown, the elegantly refined Medusa Wallet with Zip features an all around zip closure, a golden Medusa logo on its front, and secure compartments for all your valuables. Made in Italy, the “beautifully textured” continental wallet drips with luxury. According to Versace, “understated beauty and graceful Versace excellence make this the perfect accessory for all occasions.”

The $850 Vanitas Barocco Wallet, available in black, features the iconic Versace barocco pattern in quilted nappa leather, a snap fastening, and gold color hardware. The eight-inch-by-four-inch wallet from Versace’s Vanitas Collection “is both elegant and functional. Crafted in fine leather it is a great way to complete your everyday accessory collection. It promises to be a long-time companion for all your handbags.”

The most expensive Versace wallet available on the market today is this Couture Black Patent Wallet with a price tag of $875. From the Versace Couture Collection, the five-inch-by-eight-inch wallet–which “answers your need for some practical and elegant everyday accessories”–features a Greek inspired fret motif, couture fret stitching, a fastening edge zipper, and an internal zip-fastening compartment.