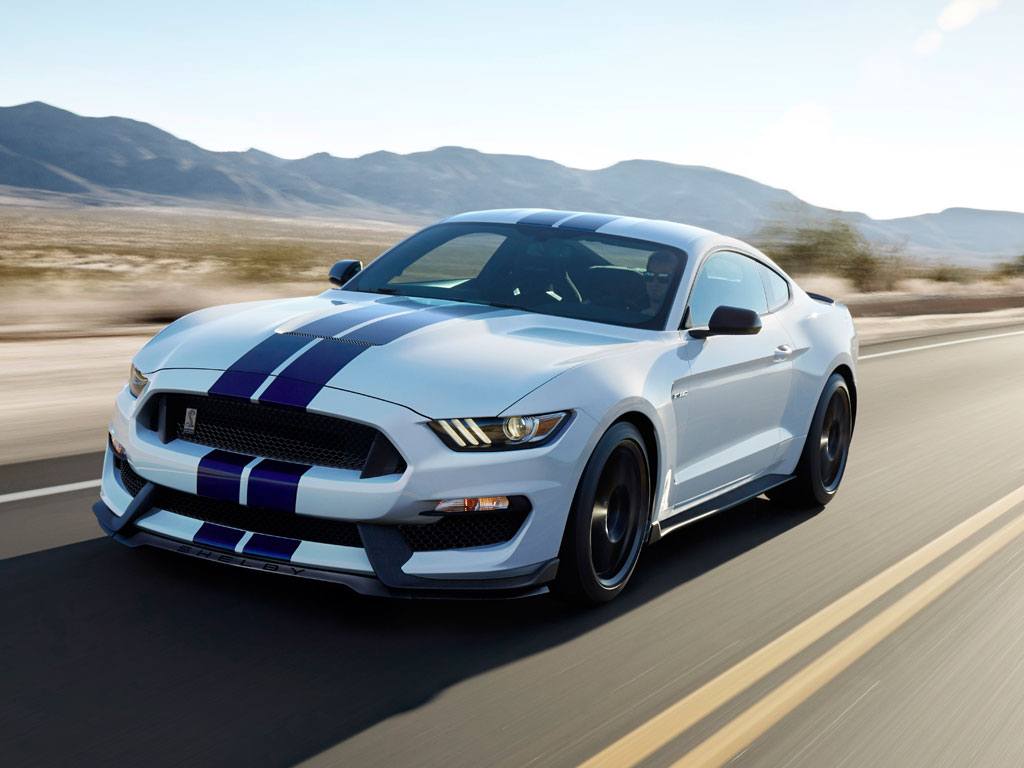 Just a day ahead of its official live unveiling at the 2014 Los Angeles Auto Show, Ford debuted its all-new 2016 Shelby GT350 Mustang, “a thoroughbred capable of tackling the world’s most challenging roads and racetracks.” According to Ford, the Shelby GT350 is “powered by a unique, high-revving flat-plane crankshaft 5.2-liter V8 engine that will produce more than 500 horsepower–the most powerful naturally aspirated Ford production engine ever.” The return of one of the most iconic performance Mustang nameplates of all-time, the Shelby GT350 features a number of advanced materials, MagneRide dampers, aggressive brakes, and finely tuned aerodynamics that push the performance of the Mustang brand to previously unmatched levels. The original Shelby GT350 was introduced in 1965, while the all-new GT350 builds on Carol Shelby’s original idea–“transforming a great every-day car into a dominant road racer.”

The dramatically improved sixth-generation Mustang also features a six-speed manual transmission, a Torsen limited-slip differential, an injection-molded carbon-fiber composite grille opening, an aluminum hood, a reduced ride height, extra-stiff 19-inch aluminum alloy wheels, Brembo six-piston fixed calipers with integrated caliper bridges, and an optional “Track Pack,” which includes an engine oil cooler and transmission cooler. The 2016 Shelby GT350 Mustang has an estimated price of around $50,000 and plans to be officially unveiled at the Los Angeles Auto Show, open to the press November 18-20 and the public November 21-30 at the Los Angeles Convention Center.

The Ford Mustang is an American automobile manufactured by the Ford Motor Company initially based on the platform of the second generation North American Ford Falcon, a compact car. Introduced on April 17, 1964 and thus dubbed a “1964½” model by Mustang fans, the 1965 Mustang was the automaker’s most successful launch since 1927’s Model A. The Mustang has undergone several transformations to its current sixth generation. The Mustang created the “pony car” class of American automobiles–sports car-esque coupes with long hoods and short rear decks–and gave rise to competitors like the Chevrolet Camaro, Pontiac Firebird, Chrysler’s revamped Plymouth Barracuda, and the first generation Dodge Challenger. The Ford Motor Company, founded by Henry Ford and incorporated in 1903, currently has a market cap of $58.44 billion.

For more information on Ford and the 2016 Ford Mustang Shelby GT350, visit media.ford.com and check out the all-new Shelby GT350 Mustang video reveal below, courtesy of Ford’s YouTube channel.