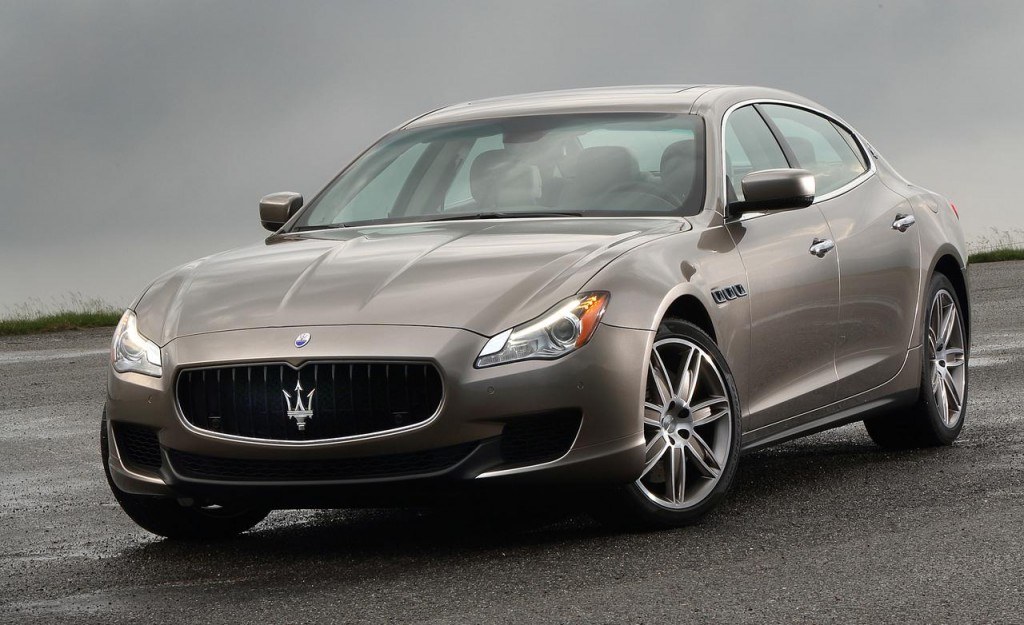 “Just possibly the suavest Maserati yet,” according to Forbes, the 2015 Maserati Quattroporte Ermenegildo Zegna Limited Edition was a special edition Maserati Quattroporte VI unveiled by the Italian luxury car manufacturer last year. The two leading Italian luxury brands, Maserati and the Milan fashion house Ermenegildo Zegna, partnered to create only 100 limited vehicles featuring an exclusive platinum-metallic silk paint color created by mixing extra-fine pigments of aluminum with a base coat of gossamer black and a new interior fabric emulating the Zegna clothing line. With a price tag of $185,000, the sixth-generation Maserati Quattroporte Ermenegildo Zegna Limited Edition includes chevron-patterned silk in soft browns and grays, front sunshades carrying fabric labels stating “Ermenegildo Zegna Exclusively for Maserati,” solid brass plates along the sides, an owner’s kit with 19 Zegna items (including a leather weekend bag, sunglasses, and a silk scarf in the same chevron motif as the interior trim), and a 523-horsepower V8 GTS engine with a zero to 60 mile per hour sprint time of four seconds and a top speed reaching 195 miles per hour.

The sixth-generation Maserati Quattroporte VI–which is much larger than the car’s previous generations–was unveiled at the North American International Auto Show in Detroit, Michigan in January 2013, featuring all-new Ferrari-built V6 and V8 engines. The Maserati Quattroporte is a luxury four-door sedan launched by Maserati in 1963–the name translated from Italian literally means “four doors.” Maserati is an Italian luxury car manufacturer established on December 1, 1914 in Bologna, Italy which has been owned by the Italian car giant Fiat S.p.A. since 1993 and is currently placing a production output cap at 75,000 vehicles globally. Ermenegildo Zegna is an Italian luxury fashion house founded in 1910 that makes men’s clothing and accessories, now managed by the fourth generation of the Zegna family. As well as producing men’s suits for its own labels, the company also manufactures suits for labels like Gucci, Yves Saint Laurent, and Tom Ford and is one of the biggest global producers of fine fabrics with 2.3 million meters per year.