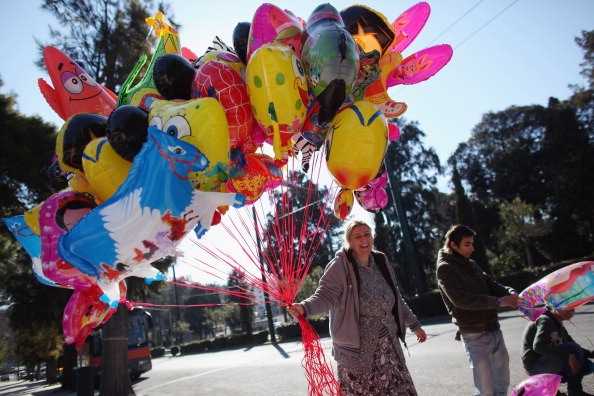 Through out history, people all over the world have been willing to spend large amounts of money on works of art – some pieces selling for hundreds of thousands of dollars.  Many of the most famous – and most expensive – works of art are easily recognizable and done by artists whose names have appeared in textbooks and history books. However, it may come as a surprise to know that one of the world’s most expensive piece of art comes from a man who is still alive, and whose name many people outside of the art world may have never seen or heard before.

On November 12, 2013 American artist Jeff Koon entered the record books when his Balloon Dog (Orange) sold at auction for $58.4 million, making it the most expensive piece of art sold at auction and the most expensive piece sold by a living artist.  Koon’s Balloon Dog (Orange), which he began in 1994, is a 12 foot high stainless steel sculpture which depicts a dog shaped balloon animal and is one in a series of five other creations of different colors.

Koon’s Balloon Dog masterpiece has recently made the news again with a Graphic Interchange Format (GIF) version of the dog selling on eBay for $5,800, making it the world’s most expensive GIF.  Artist Michael Green created his version, which he titled Balloon Dog Deflated,  by making several images of Koon’s original version and blending them together.  Green describes his recreation as “”an ironic re-working of the 12 foot stainless steel sculpture “Balloon Dog” (1994) by Jeff Koons, which sold in an auction for $58 million dollars, which according to The New York Times, claims that the sculpture is “the most expensive work sold by an artist in an auction.”  Pop artist Lady GaGa is also a fan of Koon and his work appeared on the cover of her 2013 Album, Artpop.

While critics are divided on Koon’s work, he insists that there are “no hidden meanings” in any of his works and he has become a well respected figure in the modern art world.