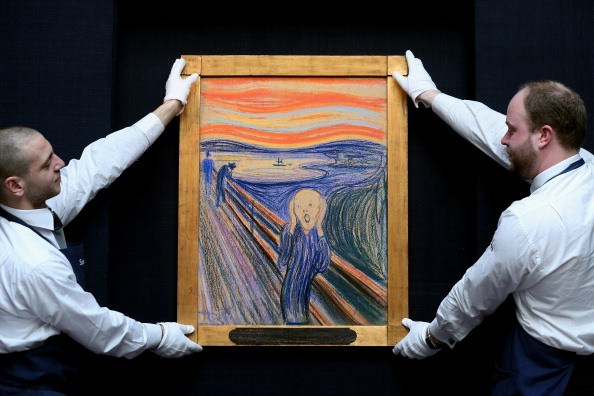 The Scream is one of the most famous paintings in the world. The piece is an antagonistic expression of what appears to be anger and fear and desperation. So many people take it so differently, but Edvard Munch’s use of deep blood reds and other bold colors allow many to assume that he was feeling a sense of desperation when he painted it. Being that the painting is so famous, many people want to know more about it.

There are Four Copies

There are not really four copies of this painting so much as there are four different versions. Edvard Munch began working on this painting in 1893 and didn’t actually produce the best one until 1910. There are two pastel versions of it, as well.

It’s the Most Expensive Painting in the World

In 2012, The Scream was auctioned at Sotheby’s. Experts expected the painting to net somewhere round $80 million and were shocked with the real price. A caller phoned in to bid on the painting. The final price paid for The Scream in 2012 was $119.9 million. This price makes it the most expensive piece of art ever auctioned.

His sister was crazy. It’s common knowledge that he had a sister who resided in a home for the insane near his home in Norway.  However, it’s thought that as he worked on this painting that Edvard Munch was in the process of losing his mind as well. It’s assumed he suffered from depression and a lost sense of reality.

There is a rumor that the red sky in the background is red because for several years a volcanic eruption changed the color of the sky thanks to its smoke. Scientists have debated this fact for many years, and it’s not been proven yet. However, it’s been speculated on more than one occasion that this is truth.

It’s also thought that The Scream comes from a place of desperation. In the area of Norway in which Munch lived, he often walked with friends along a bridge that was close to the town. In the town was the mental facility in which his sister lived as well as a slaughterhouse. Rumor has it that those who walked the streets of the area were used to hearing desperate screams from the mentally insane and those who were being prepared to die.