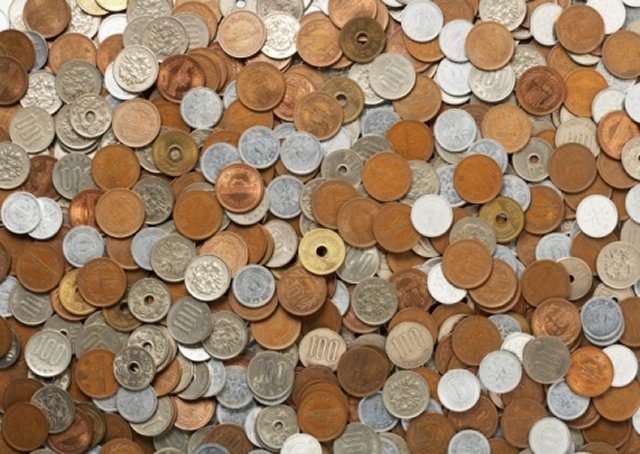 One of the most popular items that people collect across the world is coins. While most people satisfy themselves with collecting coins from their travels or have a few with historical significance, some coins are worth significantly more than the average person can afford. In fact, the 15 most expensive coins in the world are worth more than most people will earn in a lifetime.

This is an extremely rare $20 denomination coin created at the beginning of the California gold rush by the United States Mint in Philadelphia. The first ever Double Eagle coin is part of the Smithsonian Institute’s National Numismatic Collection.

This coin was released in $50 denominations. It is a gold patterned coin with an estimated grade of Proof 67. There are two of these coins held by the Smithsonian, the J-1456 and the J-1458.

It is thought that this is the first silver dollar made by the United States Mint. The 1794 Silver Dollar is also known as the Flying Hair Dollar in recognition of the long-haired lady depicted on one side of the coin. This national treasure is the most valuable coin owned by a private collector. It was sold for $10,016,875 in January 2013 in an auction at Stack’s Bowers Gallery.

This coin has an estimated grade of Proof 69 and was released in $20 denominations in 1907. It is double thick and the pattern is in high relief.

In 1933, the last year that the Double Eagle was created, there were 445,500 specimens of this coin produced. However, this was also the year the government decided to discontinue the gold standard and the 1933 Double Eagle coins were never circulated. Most were melted down but a few were saved. The rarity and history of this coin adds to the value.

The 1804 Silver Dollar is Proof 67 and only 15 were produced. An interesting fact about this coin is that in 1936 the American Ambassador gave one of the originals of these coins as a gift to the Sultan of Muscat on behalf of President Andrew Jackson.

This coin was created by the goldsmith Ephraim Brasher and features his initials on the wings of an eagle. It had a value of six shillings and weighs 6.99829 grams.

The oldest coin on this list, the gold florin is also known as the Double Leopard. It was an attempt by Edward III to create a coin suitable for use in Europe

17,796 of these $5 denomination coins were struck in 1822 and they have a grade of Extremely Fine 45. The Smithsonian holds two of the three known remaining coins.

The same coin as listed at number 7. This coin was created by the goldsmith Ephraim Brasher and features his initials on the wings of an eagle.

It is believed that the release of these 5-cent coins was done so without the consent of the United States Mint. There are only five of these coins know to be in existence. Three of these are privately owned and two are on display in museums.

The face date on these coins is 1804, but it is believed they were produced in limited number during the 1830s and 1860s. Only fifteen of these silver dollars are known to exist, eight of which are Class I.

This coin displays the largest portrait of Queen Elizabeth II in gold. It is made from the purest refined gold, has a diameter of 53 centimeters and weighs 100 kilograms. It was released by the Royal Canadian Mint in 2007. This is the newest of the coins mentioned here.

As mentioned at number 12, this is one of only 8 Class I silver dollars. They are also known as the Bowed Liberty Dollar.

This is an American 5-cent piece that was unauthorized by the United States mint, the same type of coin as is listed at number 11.
This coin was created by the goldsmith Ephraim Brasher and features his initials on the wings of an eagle.