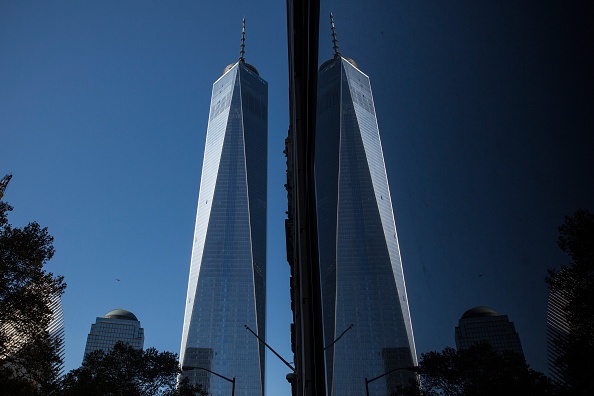 As anyone who travels knows, there’s nothing like walking through a big city and looking up at the skyscrapers that cast a shadow over you, making you feel like an ant in whichever urban maze that you’re in. And while they are all pretty remarkable to look at, seeing the price tags on some of them will make you appreciate the architecture and engineering that goes into building one. For that reason, here are the most valuable skyscrapers in New York City.

More commonly known as the Foley Square Office Building, the Federal Office Building in Manhattan is the home to a number of different government affairs. Completed in 1994, the building has 900,000-square-feet and 27 stories about a nine-story base. More than 710 employees come into work each day with the facility containing 43 courtrooms and judges’ chambers, 55 detention cells and support space for both the district and circuit courts. Its valuation is $292 million.

Finished in 2005, 12 MetroTech Center is a 32-floor building that is located in the heart of downtown Brooklyn. As the largest courthouse ever built in the history of New York State, it serves as the home to Family Court, State Supreme Court and Criminal Term, with the design to be centered around the personality of Brooklyn, with it carrying a valuation of $360 million.

Situated not too far from Yankee Stadium, the Bronx County Hall of Justice is considered a high-rise building, but only actually has 10 floors above ground. Still, even though it’s smaller than others on this list, the price tag of $421 million makes it one that can hold its own among the giants in the city. Housing offices for the Department of Corrections, Department of Probation and the District Attorney, if you’re name is on any sheets of paper in this place, it’s not a good thing.

It might not be large in size—standing with only 19 floors—but the Belfer Research Building is still a building that is quite valuable. Construction took four years, ending in 2014, with the total cost coming out to $650 million. Used for research by Hunter College, there could be some tremendous things going on inside the walls of the impressive building.

Although the Seven World Trade Center is a mere 741 feet, it is still one of the most valuable skyscrapers in all of New York City. With a valuation of $700 million, the building was completed back in 2006, is used for a variety of commercial space and is located in the Financial District.

Located right in the middle of Times Square in Manhattan, the New York Times Tower is one of the many buildings that makes the city so unique for tourists who visit the Big Apple. With a height of just over 1,000 feet, the 52-floor building has been the headquarters of the New York Times since its inception in 1851, although it has gone through renovations and upgrades since.

Completed in 2009, the 1,200-square-foot Bank of America Tower is the fourth tallest building in New York City and is used for commercial space. With a progressive strategy towards energy conservation, it reuses rainwater and has an automatic daylight dimming system, making it one of the state-of-the-art buildings that the city has in it.

Acquired as part of a $39 billion acquisition of Sam Zell’s Equity Office Properties Trust in 2007, 3 Bryant Park was the former home of both Verizon and MetLife, making it one of the most desirable skyscrapers in the Big Apple. With over 1.2-million square-feet, 3 Bryant Park has a lot of room for whatever big brands want to move into it to call it home.

After a deal in which a Chinese real estate developer and Brazilian banking empire invested a 40 percent stake in to it, the General Motor Bulding now carries a valuation of $3.4 billion. Located in Manhattan, it has views of Central Park and is the site for the flagship Apple Store, whose glass cube design is likened to the Louvre Pyramid in Paris.

Standing at just over 1,776 feet—the same height as the Twin Towers which formally stood in the same place—One World Trade Center pays homage to those who lost their lives during the unfortunate September 11th attacks in 2001. With a price tag of $3.9 billion, it honors the past while looking forward to the future.