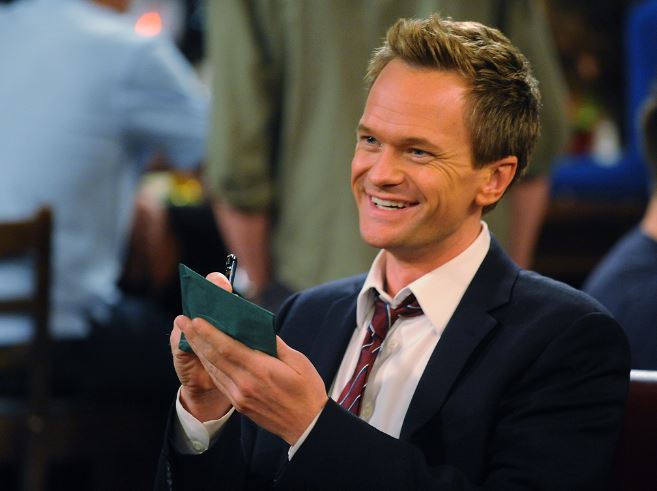 We’ve all had long or bad days at work, days where we wish we could be doing virtually anything else but our job. During these times, it’s easy to fantasize about what it would like to be someone else, a person who has a job that’s really easy, or one that makes a lot of money, or comes with a lot of celebrity or prestige. And where do we find jobs like that more than anywhere else? That’d be on some of our favorite shows, where we watch these TV characters living out our fantasies. In an ideal world, we’d like to be doing what they do for a living, even if we know it’s not actually possible. But hey, it doesn’t hurt to use your imagination every once in a while, which is why we came up with this list of 10 TV characters whose jobs we wished we had. 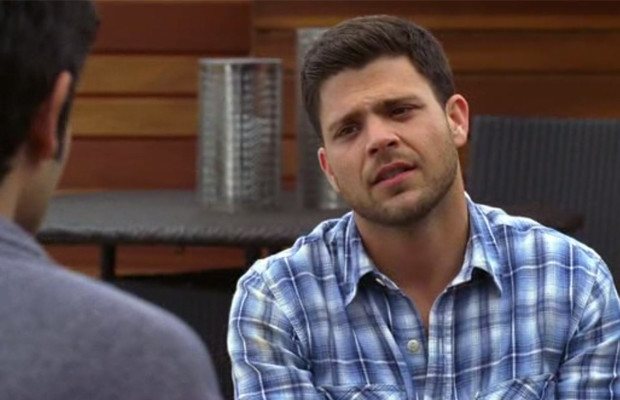 Despite the fact that he may get made fun of more than the rest of the guys, Turtle from HBO’s Entourage really doesn’t have that bad of a gig. For most of the show’s run, Turtle is Vince’s driver, meaning his only job is to take his best friends around Hollywood all while reaping the benefits of getting paid, living in a huge mansion, and meeting A-list celebrities. However, Turtle’s job gets even better in later seasons of Entourage, as he starts up his own tequila company, which Vince invests in, helping his buddy from Queens become a millionaire. 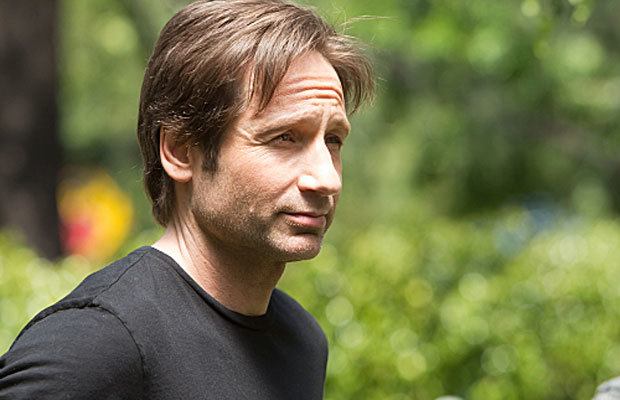 Another California resident (although he’s originally from New York and dreams of going back someday), Hank Moody is an author and screenwriter that lives the life of a Hollywood star on Showtime’s Californication. Drinking, partying, and quite possibly nabbing more attractive women than Vincent Chase himself, Hank lives a life full of fun-filled debauchery by getting to do what he’s passionate about: writing. Is being an author or a screenwriter an easy job? Most definitely not, but you also won’t meet many real life writers that are as well-known or successful as the fictional Hank Moody. His life certainly has its problems (broken family, alcoholism), but a lot of good still comes from the work he does, whether it’s a great book, or even a half-decent film script.

Big Head might be stuck at Hooli and not a part of the up-and-coming Pied Piper team on Silicon Valley, but it’s hard to argue that the gig he’s got isn’t fantastic. With a high salary, benefits, and stock options, Big Head (who Hooli CEO Gavin Belson continually calls “Bag Head”) gets to essentially do whatever he wants as the “Head Dreamer” for Hooli XYZ. Sure, more pressure has been put on him recently because of the failures of Nucleus, but it’s hard to say a guy’s job is not a good one if he’s getting paid to hang out and make potato guns. 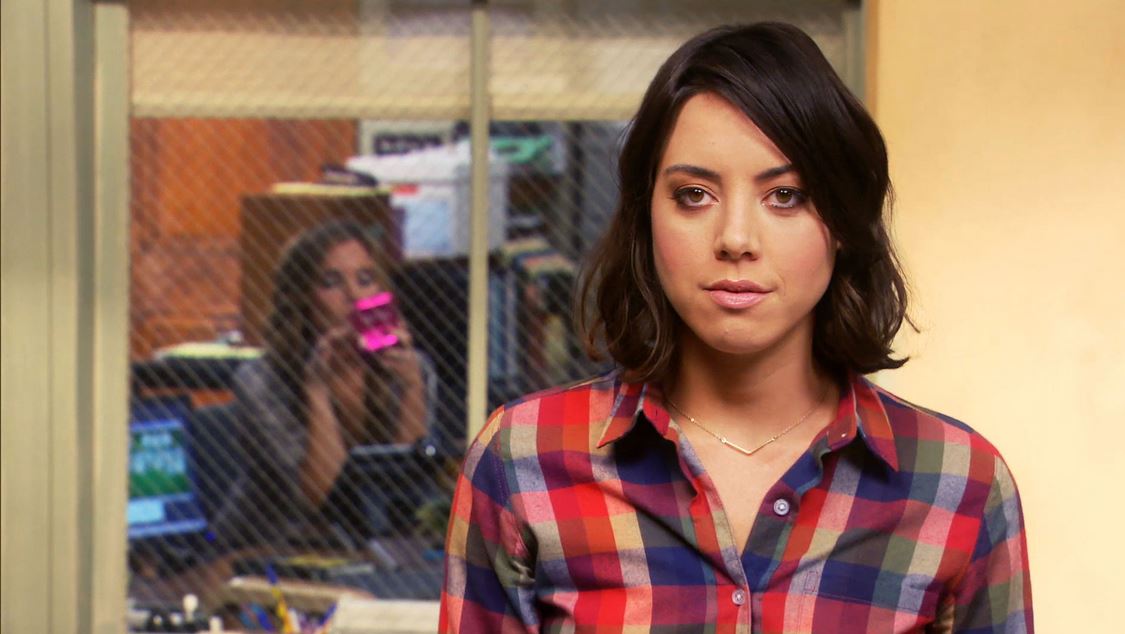 In the early seasons of Parks and Recreation, there was no better “worst employee” than April Ludgate. Fortunately, however, Ron Swanson saw that potential and had April become his secretary. Her job as his assistant: ignore all calls, all meetings, and keep Ron’s time free and open. April was essentially getting paid to do nothing but surf the web, and while she did find her calling later in the series (which we are very happy about), there’s no denying that her original gig working with Ron was a very comfortable and easy job, one that we would surely take on a day that we’re feeling tired or lazy. 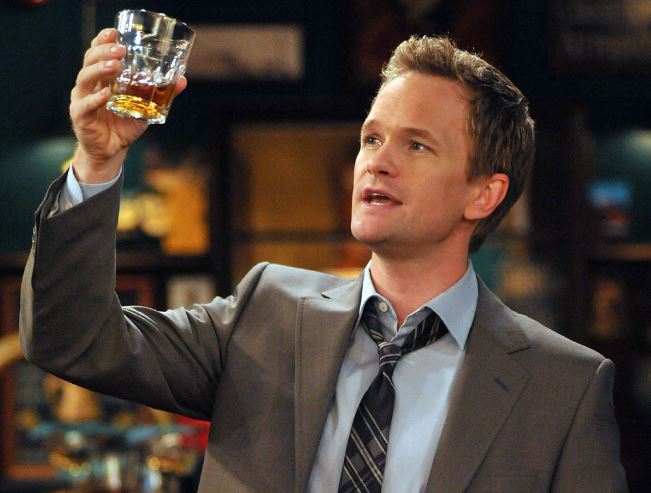 Throughout How I Met Your Mother‘s nine-season run, it’s never exactly made clear what Barney does, only that it affords him a lot of money to spend on suits and drinks for himself and women. However, in Season 9, while drunk, Barney admits that his job is to “Provide Legal Exculpation And Sign Everything” (P.L.E.A.S.E.), setting him up to be the fall guy for his company’s more “immoral” activities. Unknown to his company, though, he has been working with the federal government as part of a long-term plan to get revenge on his boss, who stole his girlfriend prior to the beginning of How I Met Your Mother. So essentially, Barney works as a double agent, plotting to get revenge on the giant jerk that is his boss, and he gets A LOT of money while ensuring that he doesn’t exert much effort or time. Yeah, we’d take that job. 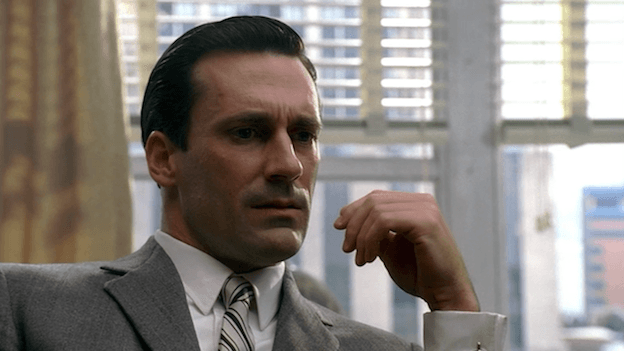 Like with Hank Moody, we wouldn’t exactly want Don’s alcoholism or his fractured family life. However, there were few positions more powerful in the 1960s than being an ad man on Madison Avenue. And not only did Don get to enjoy all the perks of his work (the money, drinking, dinners, and women), but he also got to be a creative thinker and come up with ideas that spoke to people. Sure, you can look at Mad Men (and advertising in general, really) very cynically, but in its most basic form, it’s all about connecting with other people. And that’s got to feel nice most days. 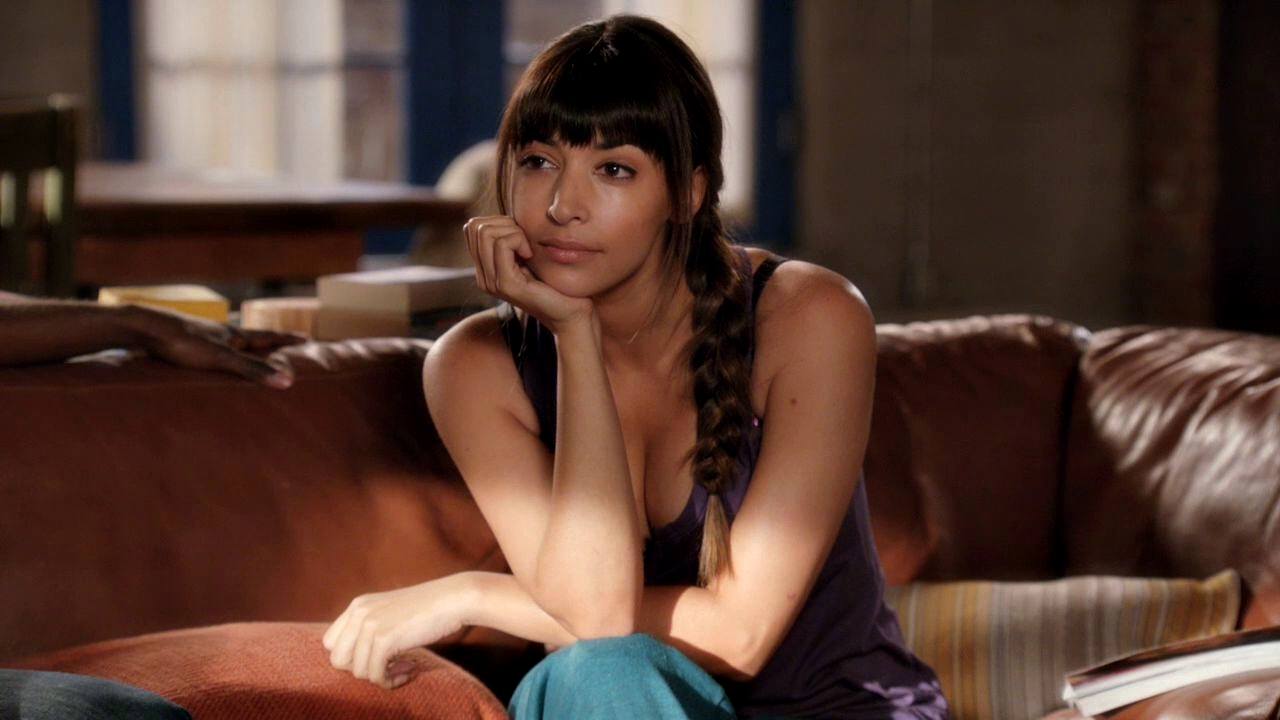 Like how April’s position changed throughout Parks and Rec, Cece’s job has also evolved since we first met her back in Season 1 of New Girl. However, when the series began, Cece was a very happy and satisfied model, making a solid bit of money and living a comfortable, if not luxurious, life. Everyone, on some level or another, sees the appeal of being model, of having that photographers and magazine editors telling you that you’re stunning, all while getting paid to do it. However, it turned out that Cece wanted a little bit more than the modeling life could give her, which is why she quit last season, became a bartender with Nick, and has since gone back to school. 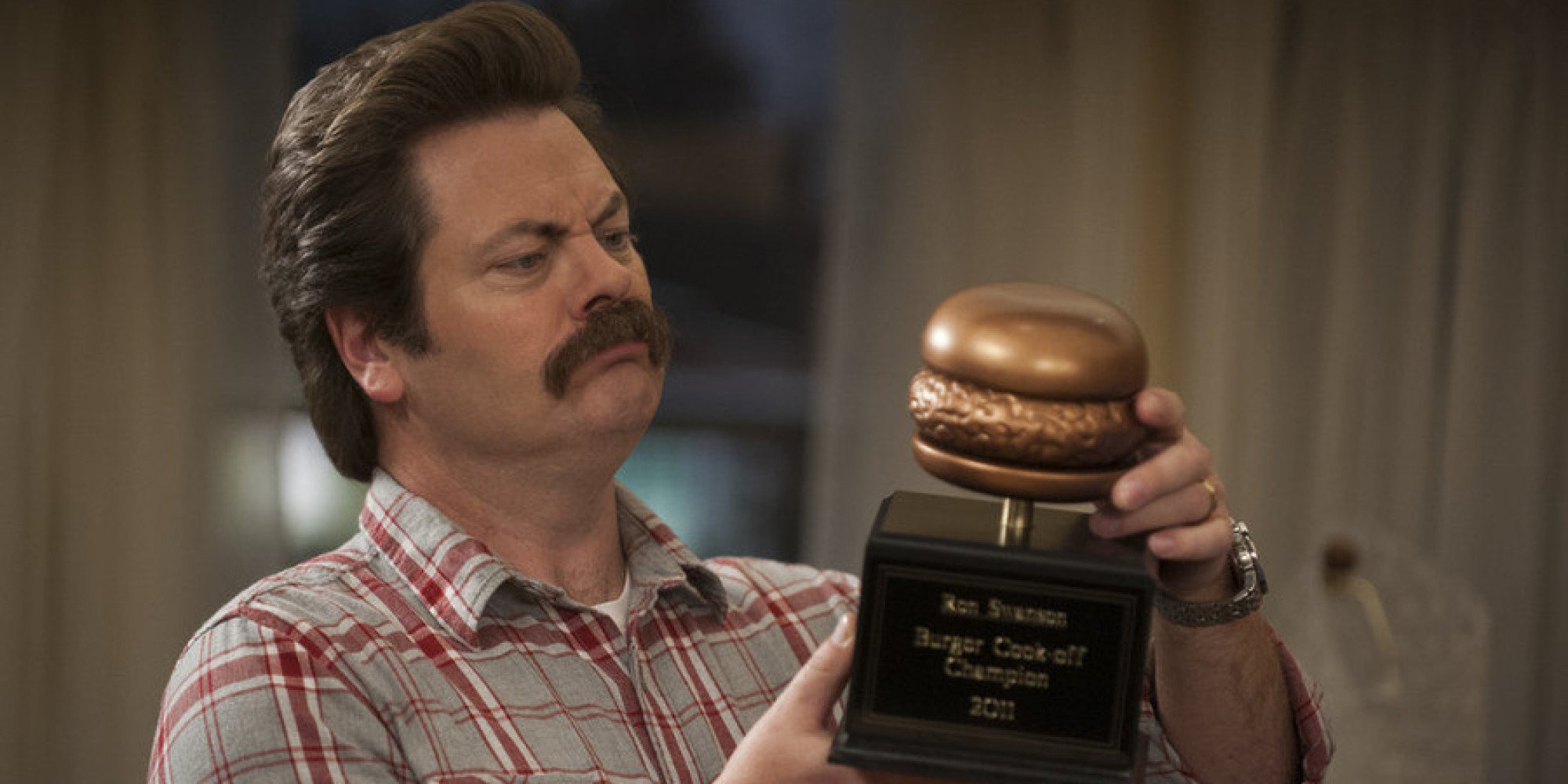 While Ron’s job inside the Parks Department may seem boring or generic on paper, you have to realize how he went about it throughout Parks and Rec‘s run. As mentioned above, April would help him avoid calls and meetings, as Ron attempted to destroy big government from inside of it. Sure, when there were things he believed in happening, like the Harvest Festival, or a good barbecue, he’d support it, but for the most part, Ron got paid to goof off and be an encouraging and wise presence for those around him, particularly the ultra-dedicated and hardworking Leslie Knope. 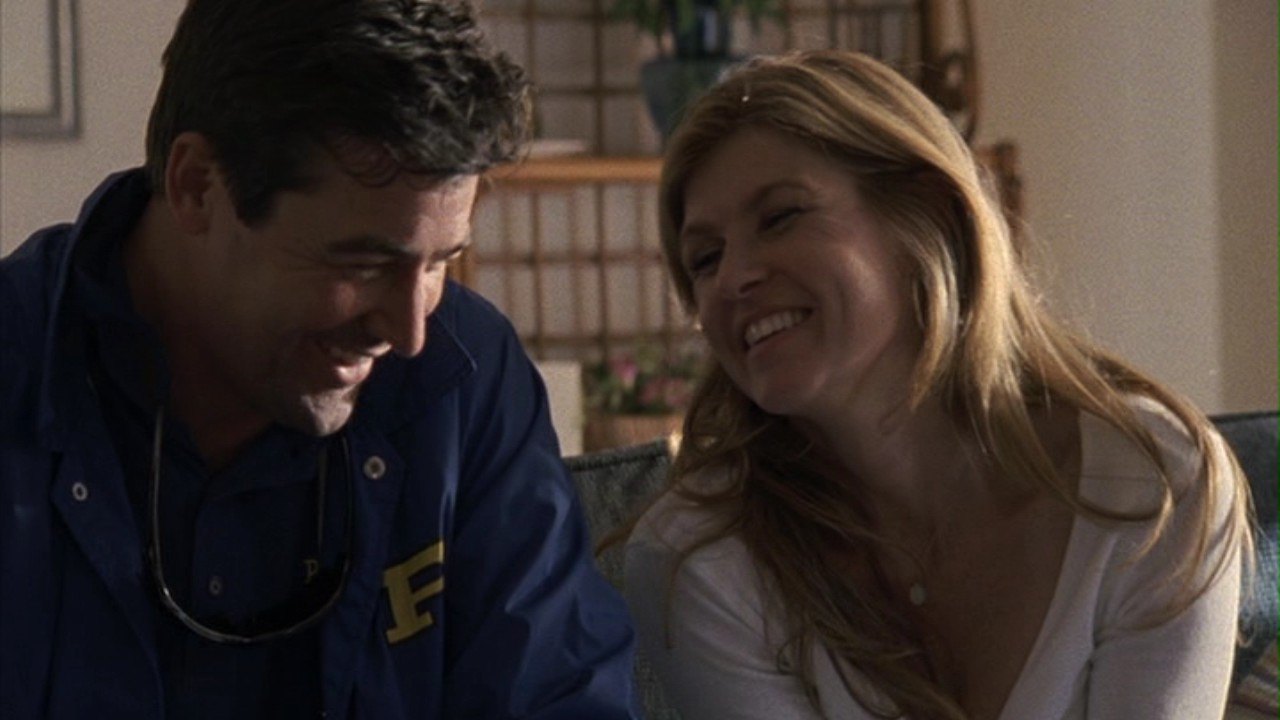 We’re kind of cheating here by combining these final two characters, but that’s because both Eric and Tami Taylor represent the truest and best thing that anyone can get out of a job: fulfillment. As a guidance counselor turned principal turned guidance counselor again and a longtime high school football coach, Tami and Eric were able to help kids through tough times in their lives and watch them grow from teenagers into adults. What they were doing had meaning and a purpose, and they were able to witness the impact that they were having on their students and players. No matter what job you’re doing, whether it’s teaching, coaching, or, in my case, writing, all you want to be able to do is connect with others and make a difference in this world, and Eric and Tami did that better than anyone else on this list. Who wouldn’t want to have their jobs and try to be like them?

These 10 TV characters and jobs are just our choices. We’d love to hear some of yours! Comment below and let us know who we should add to this list.