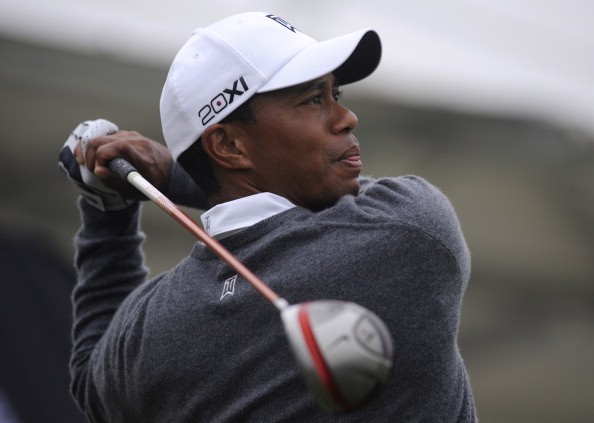 Tiger Woods is an American professional golfer who has an estimated net worth of $500 million. Woods is widely considered one of the greatest golfers of all-time and has earned his wealth from tournament winnings and a highly-lucrative endorsement portfolio.

Eldrick Tont Woods was born on December 30, 1975 in Cypress, California. His father Earl Woods (1932-2006) was a lieutenant colonel and Vietnam War veteran and his mother Kultida Woods is originally from Thailand (Woods met her on a tour of duty) and is a mix of Thai, Dutch and Chinese decent. Woods often refers to himself “Cablinasian” (Caucasian, Black, American Indian, and Asian).

Tiger earned fame at age 5 by appearing on ABC’s That’s Incredible and Golf Digest. Woods won several amateur tournaments, made the cut at the 1995 Masters as a golfer at Stanford and won numerous awards at a very young age. He starting earning a professional paycheck in 1996 at the age of 21 after leaving Stanford after two years. Since that time he’s appeared in over 240 PGA events and has earned a whopping $92.8 million. His accolades as a professional golfer are one of a kind. He has won 14 Major titles, 71 PGA tour events, and has been ranked #1 for more consecutive weeks than any other player in the history of golf. Among his other awards, he is a 9x PGA Player of the Year, 2x Sports Illustrated Sportsman of the Year, and 4x AP Athlete of the Year.

While Woods has made significant money winning tournaments, most of his wealth has come from his incredible endorsement portfolio. Woods has a major endorsement deal with Nike worth over 9 figures. As the face of Nike golf, Woods has generated over $600 million of sales. He also has had endorsement deals with General Motors, Titleist, General Mills, American Express, Accenture, Rolex, Gillette, AT&T, EA Sports, NetJets, Upper Deck, Tag Heuer, Buick and TLC Laser Eye Centers. Woods earns easily over $100 million per year in endorsements on the top his tournament earnings.

Woods certainly has an outrageous endorsement portfolio, what’s been amazing is his ability to maintain these relationships despite his controversy with ex-wife Elin Nordegren. Woods’ cheating scandal rocked the world of golf and lead to a over a $100 million divorce. The news of his cheating scandal also may have cost shareholders of his endorsements over $5 billion. Several of his endorsers have since broken their relationship with Woods including Accenture, AT&T, Gatorade, and General Motors.

On top of his tournament earnings and endorsements Woods has a small business venture called Tiger Woods Design. He raises money for his charity, The Tiger Woods Foundation. He is also a million-copy selling author from his book, How I Play Golf.

The big story right now in Tiger’s career is his inability to win his next Major golf tournament. That doesn’t mean he’s not making money. The incident with his ex-wife, Elin Nordegren, cost him a fortune in a divorce settlement and endorsements, but he’s managed to maintain his net worth. The further he gets away from that incident, the more likely he’ll be to earn money. However, his career is on the downside so his time of making money on the golf course is running out.