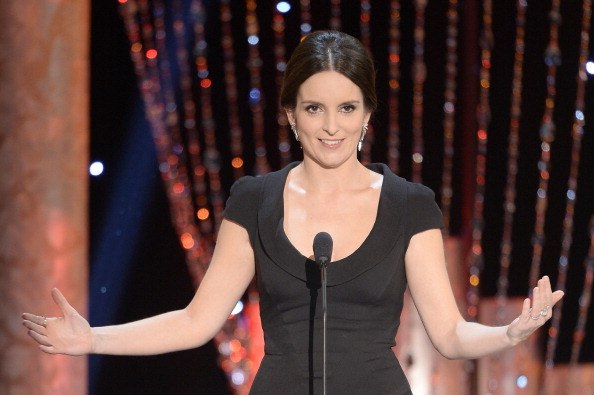 Tina Fey is an American actress, comedian, writer and producer with an estimated net worth of $45 million. Fey is most well-known for her Saturday Night Live and the NBC comedy series 30 Rock.

Elizabeth Stamatina Fey was born on May 18, 1970 in Upper Darby, Pennsylvania. She is the daughter of Zenobia, a brokerage employee and, Donald, a university grant-proposal writer. Fey became interested in comedy in middle school. She would go on to attend the University of Virginia and graduate with a Bachelors of Arts degree in drama.

While performing shows with The Second City in 1997, Fey submitted several pieces to Saturday Night Live and ended up being hired as a writer by creator Lorne Michaels. Originally, Fey struggled as a writer, but eventually found her footing and was given the role as head writer in 1997 making her the first female to ever hold the job. A couple years later, in 2000, Fey would begin to act in several of the sketches. Within a couple of years, she and her team would be honored with various industry awards including the Emmy Award for Outstanding for a Variety, Music or Comedy program in 2002.

In 2005-2006, Fey left SNL to develop 30 Rock. The show became a wild success on NBC. It had a seven year run that included Emmy Awards, Golden Globes, SAGs, and more. During this period of time, Fey would make various appearances on shows such as Iron Chef America and Sesame Street.

Fey’s career extends outside of television into films. She’s been in fourteen movie roles, some of which she’s just been the voice in animated features. She has mentioned several times she would like to write and direct movies in which she has small parts. She had smaller roles in successful movies like Mean Girls and Megamind.

Fey has also released a book, a humorous autobiography entitled, Bossypants. She’s been represented well in media too. In 2011, she was on Forbes’ list of highest paid actresses. In 2007, the New York Post declared her one of New York’s 50 Most Powerful Women. In 2008, the Associated Press named her Entertainer of the Year.  She’s also received recognition for teaming up with Amy Poehler to host the Golden Globe Awards.

Tinay Fey is an active philanthropist supporting Autism Speaks, an organization that sponsors autism research. In April of 2008, she participated in Night of Too Many Stars, a comedy show for autism education. Fey is also a supporter of Mercy Corps, a global relief and development organization that is aimed to fight world hunger. She also participates in several other charities, which benefit from her star presence.

Fey’s net worth is build on her success with the hit TV sitcom 30 Rock for which she gets paid hundreds of thousands of dollars per episode. She’s extremely hot in Hollywood now so we expect to see her net worth begin to grow very shortly. Either way, she’s done a great job building it to his point. Her career with SNL and the other work mentioned above has driven that number up to $45 million.