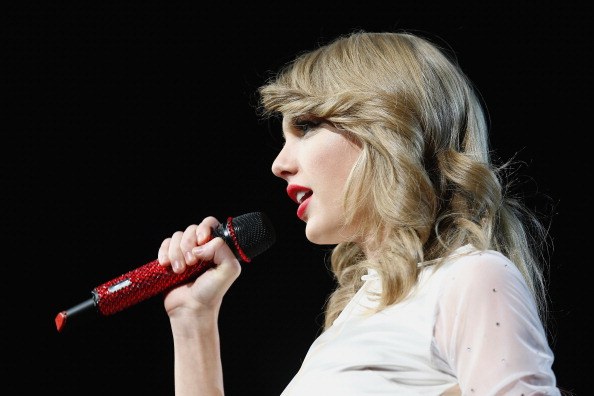 Taylor Swift is an American singer-songwriter with an estimated net worth of $220 million. Swift is a record-setting country music/pop artist who is the only female artist to ever have two million-plus opening weeks in album sales.

Taylor Allison Swift was born on December 13, 1989 in Reading, Pennsylvania. She is the daughter of Scott, a Merril Lynch financial adviser, and Andrea, a former mutual fund marketing executive. Swift was recognized at an early age to have a unique music talent. In eighth grade, she was given an artist development deal with RCA records and began making frequent trips to Nashville with her mother until her father moved the family there.

In 2005, Swift became the debut signing of Big Machine Records. She released her self-titled debut album in October 2006. With a ton of self-promotion, Swift’s popularity (and album) grew tremendously. She opened for various artists on tour and earned enough recognition to be named CMA’s Best New Artist.

Swift’s second album, Fearless, was released in 2009. It was easily the top-selling album of 2009. She went on to headline a tour that grossed over $65 million in ticket sales. With this album, Taylor received dozen of awards from Grammy’s, to CMA’s, to MTV Music Awards. In 2009, Taylor became a force to be reckoned with when it came to album sales and revenue generation.

She would go on to release two more incredibly successful albums that each had tours with them. In a span of 3 years, Taylor became one of the highest grossing artists in music. In sum, she’s gone platinum ten times over. She has fifteen AMAs, seven Grammys,  eleven CMA Awards, and twelve Billboard Awards.

On top of her incredible music success Swift has a a lucrative endorsement portfolio that includes Verizon Wireless, Sony, Diet Coke, Keds Sneakers, Covergirl, and more. She has also launched three perfumes including her latest called Taylor by Taylor Swift with Elizabeth Arden.

Swift has a small acting career to go along with her music and endorsements. She’s appeared in five films and four television shows, but has yet to be a lead actress.

She currently lives in a three-bedroom duplex penthouse in Nashville. She also owns three other homes including a mansion in coastal Watch Hill, Rhode Island. Adding to her list of assets, Swift owns a Dassault 900 Private Jet, which is kept in a hangar in Tennessee.

According to Forbes, Swift has earned $18 million, $45 million, $45 million, $57 million, and $55 million the past 5 years respectively. Swift has become a juggernaut when it comes to making money. At the age of 24, Swift already has a net worth of $224 million – an absolutely incredible number for someone her age. Clearly, her popularity and success as an artist will only continue to drive up her net worth. It’s hard to imagine Taylor could sell more records, earn more money via ticket revenue, and more from her music, but there’s nothing stopping her. If she starts getting serious about business ventures she’s looking at a half a billion dollars easy — and soon.