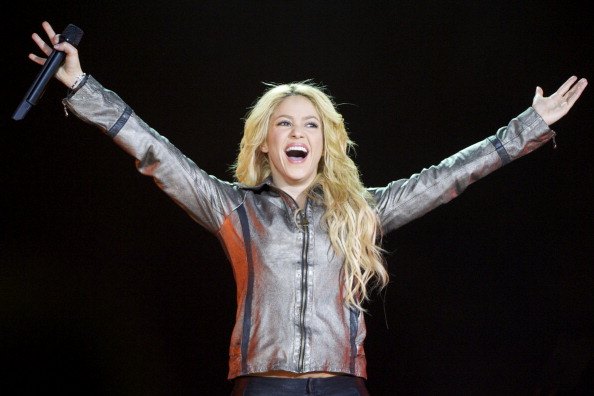 Shakira is a Colombian-born singer-songwriter, dancer, record producer, choreographer, and model with an estimated net worth of $200 million. In 2013, Shakira was listed on Forbes as one of the 100 Most Powerful Women in the World.

Shakira Isabel Mebarak Ripoll was born on February 2, 1977 in Barranquilla, Colombia. She is the only child of Nidia Ripoll and William Mebarak Chadid. Shakira spent much of her young life in a coastal community in Columbia writing poetry. By the age of thirteen, she had gained some recognition in the area of Barranquilla for her singing and dancing ability. Eventually, she got an audition for Sony Columbia and was signed immediately after.

Shakira’s debut album, Magia, was recorded with Sony Music Colombia in 1990 when she was only fourteen years old. Her second album, Peligro, was released in 1993 and was not very successful. It was better received than her first album, but was not meeting expectations for anyone. Shakira would go on to release two more albums in Latin America that would rebound and put her on a path to success.

In 2001, Shakira’s breakthrough album, Laundry Service, was released – her first English album- featuring the song ‘Wherever, Whenever’ and several other songs that became global hits. The album became the best selling record in 2002 selling over 20 million copies worldwide. She would go on to release six more albums connected to four world tours that would generate hundreds of millions of dollars solidifying her as one of the top artists of the decade.

Overall, Shakira is the highest-selling Colombian artist of all-time with over 60 million albums sold. According to Nielsen, the song ‘Hips Don’t Lie’ was the most-played radio song in a week ever. In 2008, she signed a 10-year, $300 million dollar deal with LiveNation. Since that time , Shakira has been one of the top earning female artists annually. Her music has catapulted her into one of the most-successful singer-songwriters, by sheer volume, of all-time.

Outside of music Shakira has appeared in film and television in small, hardly-recognizable roles. She became the celebrity spokesperson for Freixenet traditional TV commercial. She has also launched her own beauty line “S for Shakira” with parent company Puig in 2010. The brand has release two perfumes along with body sprays and lotions.

For her work, Shakira has won two Grammy Awards, seven Billboard Awards, 28 Latino Billboard Awards, eight Latin Grammys and has even been nominated for a Golden Globe. She has become one of the most viewed YouTube artists of all-time next to Lady Gaga and Justin Bieber.

Shakira is also an active philanthropist through various charities and benefit concerts – most notably her Pies Descalzos Foundation. Shakira has been listed on Forbes as one of the 100 Most Powerful Women in the World. If she decides to retire anytime soon she’ll be all set financially as she’s married to Spanish international futbol player Gerard Pique who plays for Barcelona FC. Ultimately, her net worth is a product of her immense music success, television appearances and business ventures. A $200 million number that we dare say figures to grow in the future.