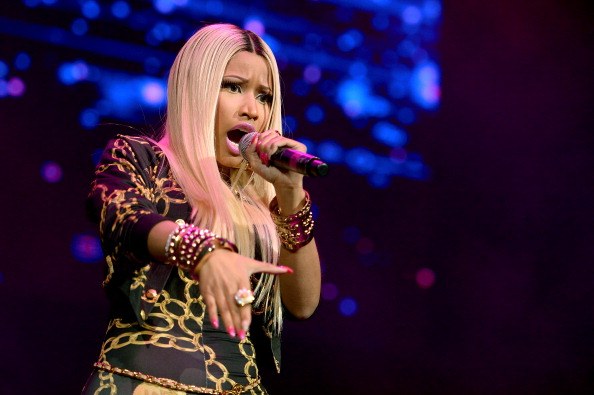 Nicki Minaj is an American rapper, singer, songwriter, and actress with an estimated net worth of $45 million. In 2013, Minaj became the most charted female rapper in the history of the Billboard 100.

Onika Tanya Maraj was born on December 8, 1982 in Port of Spain, Trinidad & Tobago. Minaj moved to Queens, New York at age 5 with her mother. In 2004, Minaj started with the group Full Force, in which Minaj rapped in a foursome called ‘Hoodstars’. She released her first mix tape in 2007 entitled, Playtime is Over, with Dirty Money Records.

Minaj signed with Young Money Entertainment with distribution from Universal Motown Records in 2009 after Lil Wayne discovered her. Her debut album Pink Friday was an instant success. In 2010, she became the first solo artist to have seven songs on the Billboard Top 100 simultaneously. She would go on to release two more albums entitled Pink Friday: Roman Reloaded in 2012 and has scheduled Pink Print in 2014. Pink Friday: Roman Reloaded debuted at number one on the Billboard charts and sold 253,000 copies in the its first week. Pink Print is anticipated to continue Minaj’s success and perhaps top the sales of her two previous albums.

Tied to her album releases Minaj has embarked on three opening act tours and two headlining tours. Her shows are wildly successful and sell out at most locations. What hurts Minaj in terms of net worth is there aren’t as many shows in her tours as other artists. Altogether, Minaj’s music and tour sales have generated over $100 million dollars.

Outside of Minaj’s music career, she’s appeared (or voiced) in two films including the animated film Ice Age: Continental Drift. In 2012, Minaj signed on to be a judge for American Idol for a salary of $12 million. She also has a lucrative endorsement and corporate interests portfolio that includes ADIDAS, MAC Cosmetics, Beats Electronics, Casio, and AT&T. She also has her own fashion line entitled ‘The Nicki Minaj Collection’ that has started to grow in popularity.

Unlike most other celebrities, Minaj currently doesn’t actively participate in charity work. She has, however, had two highly-publicized conflicts with fellow artists Mariah Carey and Lil’ Kim. Both of which indirectly increased Minaj’s visibility an perhaps increased her popularity.

Minaj is the only female rapper to be featured on Forbes Hip Hop Cash Kings list making close to $30 million in 2013. Minaj’s unique personality and appearance as well as her musical talent has allowed her to create a unique brand behind her name. At the age of 31, Minaj’s career is at an interesting point. She’s only released three albums in her career because it’s taken her a little while longer to get going than other artists. However, Minaj’s popularity has grown significantly in just four years and she’s been able to grow her finances outside of her music. With her acting career moving forward, a lucrative endorsement portfolio, and incredibly popular music it’s not impossible to think that Minaj’s $45 million net worth could peak at $100 million before her career begins to wind down.