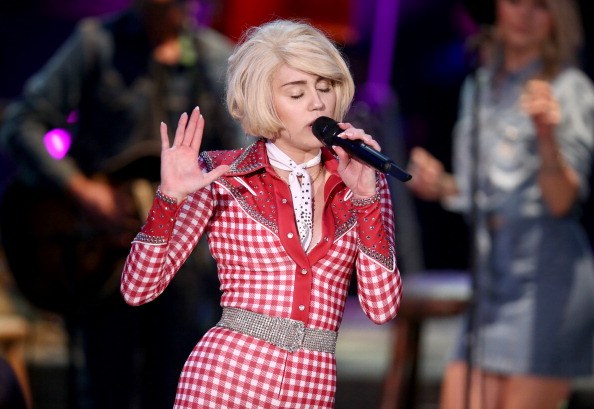 Miley Cyrus is an American actress and recording artist worth an estimated $150 million. Cyrus rose to prominence as the Disney channel’s Hannah Montana which lead to her incredible success as a recording artist.

Destiny Hope Cyrus was born on November 23, 1992 in Nashville, Tennessee. She is the daugher of Laetitia Jean and country singer Billy Ray Cyrus. She was given the nickname “Smiley” by her father and eventually shortened it to “Miley”. She changed her named to Miley Ray as a tribute to Billy Ray’s dad.

Cyrus had minor roles before being cast as Hannah Montana at the age of of 11. The Disney Channel was an instant success debuting in March 2006 to the largest audience ever for a Disney Channel program. The success of the show drove Cyrus to become a teen-sensation.

Cyrus would go on to release three more albums that marked a dramatic evolution as an artist and personally. The albums included Breakout in 2008, Can’t Be Tamed in 2010, and Bangerz in 2013.  Those three albums were associated with three world tours that would generate hundreds of millions of dollars. Her latest tour, Bangerz, is a 60 show tour that will feature much of the United States and Europe. The tour is a reflection of the “new Miley”, who is constantly engaging in racy behavior. She’s been highly scrutinized in the media for it, but has continued to act out during her shows.

Cyrus’ annual earnings have put her on Forbes’ top 100 list for the past 6 years. In 2010 and 2011, she earned $45 million and $54 million respectively. Parade magazine has estimated that her franchise would be worth close to $1 billion by the end of the year 3 years ago.

On top of her music and television career, Miley has over 15 film credits to her name. In 2013,  the Cyrus image took a dramatic turn when she appeared in a racy performance on the MTV music award and announced publicly that she uses cannabis. The impact of this “change” has not yet been felt by Miley financially –  in fact, it may have put her in a position to grow her net worth. Despite her controversial personal life, Cyrus’ career success is skyrocketing and she isn’t being refused for endorsements. Her net worth is built on the Hannah Montana franchise and is now skyrocketing with her immense music popularity.

The question is whether or not Miley’s success is sustainable or she’s just a flash in the pan. Clearly, her antics will begin to get old and we’re curious to see what the implications of that may be seeing she isn’t completely marketable these days. Yet, as mentioned above, the expectation is that Miley’s net worth will eclipse $1 billion, so we will see how that plays out.