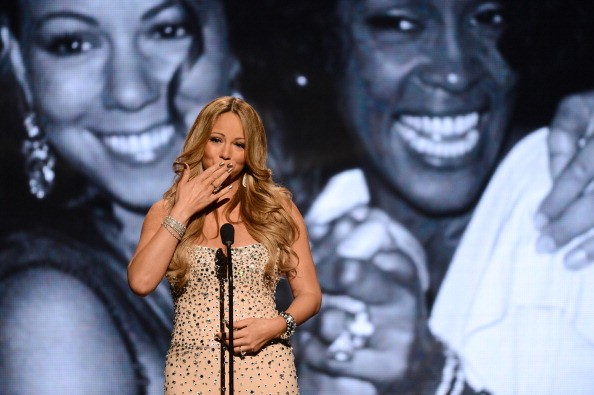 Mariah Carey is an American singer, songwriter, record producer, actress, and philanthropist with an estimated net worth of $510 million. Mariah is one of the top-grossing female music artists of all-time and is most-well known for her five-octave vocal range.

Mariah Carey was born on March 27, 1969 in Long Island, New York. She is the daughter of Alfred Roy and Patricia. When Carey was three years old her parents divorced, and she soon became estranged from her father. For much of Mariah’s early life she struggled to get recognized for her abilities. That all changed in 1988 when she managed to get a demo tape in Columbia Records head Tommy Mottola.

In 1991, with Colombia’s seven-figure endorsement Mariah released her first album entitled Mariah Carey. The album eventually reached the top of the Billboard charts and finished as the best-selling album in the United States in 1991. She would go on to release 12 more albums and sell over 200 million albums worldwide.

Outside of her music, Carey has been in nine films and appeared on five television shows. Her most lucrative TV offer was a judge on American Idol. Carey denied offers to appear in commercials for much of her career. It wasn’t until 2006 did Carey accept endorsement offers. She has signed contracts with Pepsi, Motorola, Elizabeth Arden cosmetics, and more. She has her own fragrance entitled M and her own collection of jewelry that debuted on the Home Shopping Network. She is currently the new global ambassador for Jenny Craig.

Mariah is also an active philanthropist. She’s donated time and money to the Fresh Air Fund, which introduces inner-city youth to art and other opportunities. Carey is also an ambassador for World Hunger Relief Movement. She’s also been involved with the Make-A-Wish Foundation. In total Carey has donated or raised millions of dollars and spent ample time working for charities.

Mariah’s net worth has been built upon an incredible music career that has generated hundreds of millions of dollars through album and ticket sales. She is currently ranked second on VH1’s “100 Greatest Women in Music” list. VH1 has also listed Mariah Carey in their ‘Top 50 R&B/Hip-Hop Artists of the Past 25 Years”. As a whole, Carey has created a significant music catalog with outstanding business ventures. Collectively, she and husband Nick Cannon have a tremendous global presence and significant net worth. Carey will continue to produce music at her own pace nowadays. We anticipate her net worth to hold steady into the future. It’s hard to see any major fluctuations going forward. Clearly, she’s one of the more successful solo artists in the history of the world.