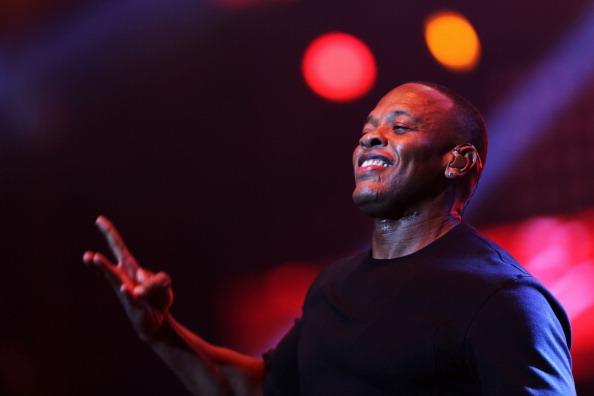 Dr. Dre is an American record producer, rapper, and entrepreneur who has an estimated net worth of $807 million. Dre built the foundation of his empire through his music, but has since gone on to launch successful business ventures that have driven his net worth up so high.

Andre Rommel Young was born on February 18, 1965 in Compton, California. He was the first child of Theodore and Verna Young. As a teenager, Dre often attended the club Eve After Dark to watch many DJs and rappers perform live. There he met future N.W.A partner D.J. Yella. Together they started the World Class Wreckin’ Cru and had success in southern California. It wasn’t until Dre linked up with Eazy E, Ice Cube, and MC Ren to form the world famous group N.W.A. did Dre make it big.

Dre continued to flourish with Aftermath because of artists such as Eminem, Mary J. Blige, and 50 Cent. As the CEO of Aftermath Records, Dre went on to start his own business ventures as well. He has his own brand of headphones, Beats by Dr. Dre. He also will be releasing his own alcohol line and laptop shortly.

Dr. Dre is known as a workaholic. He is also been called a perfectionist who pushes his artists to perform their absolute best on their records. One of the consequences of Dr. Dre being a perfectionist the signing of multiple acts to his record label that end up never releasing music. According to reports, Dre has signed over 20 acts to Aftermath, invested money in each act, but never ended up releasing a single song from any of them.

Dr. Dre has five children by four different mothers. He is currently is married to former NBA player Sedale Threatt’s ex-wife, Nicole. The two have two children together. Dre lost one of his children, Andre Jr., at the age of 20. The coroner’s report revealed that Andre Jr. died of a drug and morphine overdose at his mother’s home in Woodland Hills.

Dr. Dre has proven to be a wildly successful music artist and entrepreneur. His net worth is attributed to Aftermath Records and the signing of Eminem as well as his business ventures. Dre earned over $50 million for selling his share in some of his businesses. He’s also earned royalties from records produced on his label in the sum of cover $20 million annually. His other endeavors have accounted for over $150 million of wealth. That number figures to continue grow as Dre’s businesses grow and he develops new ventures.