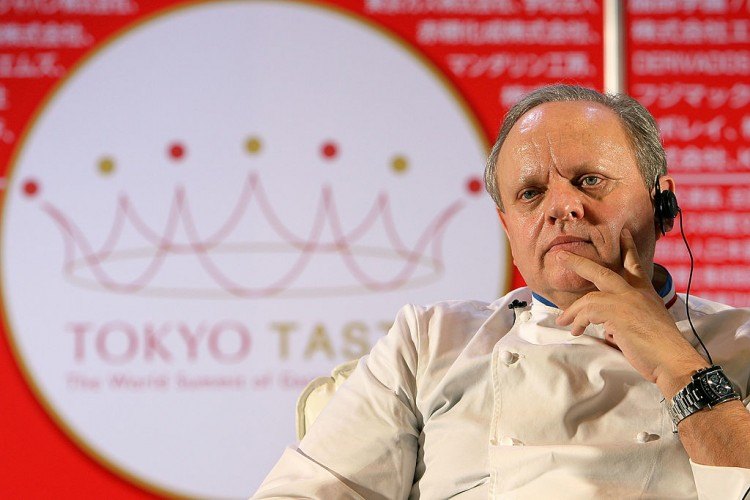 Joel Robuchon is pretty much the chef all chef’s want to become with 26 Michelin Stars. He’s a world-renowned chef, a master of his art and the man who was named “Chef of the Century,” back in 1989 even though he hadn’t even grazed the surface of his career at that point – not that we knew that at the time. He’s a man’s man with an eye for aesthetically pleasing food and a palette that can do no wrong. Magic hands and amazing skill aside, he’s back and he’s better than ever; in New York City, that is. The man who once owned one of the most amazing restaurants in NYC L’Atelier – where I was fortunate enough to eat with my husband during a trip many years ago – has been absent since it closed in 2012. Now he’s back.

Get your GPS ready to find 100 East 53rd Street in Manhattan. Taking up two floors in an under-construction condo at this address, the master chef of all chefs is planning on unveiling the next most-difficult-to-get-into restaurant in the city. The ground floor is set to become an upscale French bakery and marketplace with the second floor reserved for his as yet unnamed restaurant. All I know I s that we cannot wait.

With an estimated net worth of $185 million, Chef Joel Robuchon is not messing around when it comes to his skill. He was born on April 7, 1945 in France, the place where food and romance are mostly synonymous. With three siblings, he worked as a cook before he was even old enough to drive as a way of helping his family financially. With an aptitude for amazingness in the kitchen, he quickly decided by the age of 15 it was time for him to take on an apprenticeship at the Relais of Poitiers Hotel. His career actually began making pastries, which is not unlike him at all.

Unsatisfied with being only a pastry chef, the world-renowned chef decided to continue his culinary education in 1966 by joining the Compagnon du Tour de France as an apprentice, which allowed him to travel extensively and learn many different techniques and kitchen secrets. It was, perhaps, the turning point of his very famous career. He was only 28 when he was given the title of head chef at a hotel in Concorde-Lafayette, and less than three years later he was presented with the Meilleur Ouvrier de France award for his craftsmanship.

By the end of the 80s, he was being awarded the best chef in the world, yet he’d not even opened one restaurant at that point. He actually opened Jamin in Paris after that, but then he retired only a few years later after he realized that many of the men with whom he worked in the same industry were dying of the stress. Being the most famous, most talented and most influential chef in the world did not allow Joel Robuchon much time for retirement, and he eventually came back and went on to open many restaurants, of which are some of the most famous in the world.

What is most notable about Chef Robuchon is the fact that he has 25 Michelin stars to date. That is more than any other chef in the entire world. It is not easy to earn even one Michelin star in any restaurant, which is why so few across the world possess them. Chef Robuchon, however, has 25 over the course of his career as a restauranteur. What makes him so successful is that he knows there is no such thing as perfection, and it continuously drives him to do better when he is in the kitchen. So far, he’s been able to do just that time and time again.

This is some of the most impressive skill the world has ever encountered, and it is clear and very obvious based on the fact that more than half of his restaurants have a Michelin star. It helps that he has 8 cookbooks of his own – I own two of them myself (not that I make anything even a tenth as well as Chef Robuchon) and he’s traveled the world learning how to make food better, more amazing and more artful.

In addition to being named the Chef of the Century, Chef Joel Robuchon has also been awarded a number of other recognitions throughout the course of his career.

Chef Joel Robuchon does not like to make the same dish at every single restaurant he owns, and he likes to mix things up a bit when he cooks. However, he does have one dish that he makes all the time because it is so famous, so beloved, and it is one dish that people order, want to make at home and love no matter where they go or what they prefer out of a meal – and it’s mashed potatoes. Called the Pommes Puree Recipe, it might be one of his most famous dishes of all time. Just think of it this way; if the best chef in the entire world can make mashed potatoes his most famous signature dish, imagine what he makes everything else he works with taste like.