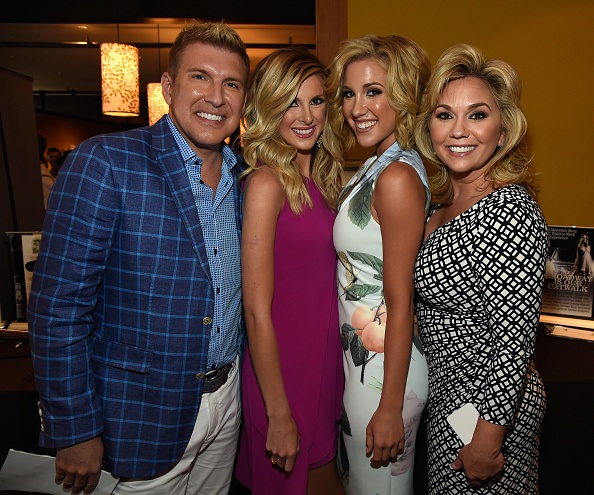 Julie Chrisley is a reality television star with a net worth of $3 million. She is known very well for her reality show, Chrisley Knows Best in which the star and her husband raise their kids and help them live the types of lives that their parents feel are appropriate. The show is very successful, even though it seems that Julie’s husband is in some financial trouble. Additionally, the couple has a very questionable past in terms of their relationship. The way that she grew up and her lifestyle play a big role in her lifestyle, and it seems that her history is a little bit sketchy.

She grew up in a mobile home. The daughter of a mechanic/ Baptist minister and a bank teller, she also had a brother who committed suicide when he was in his 20s. Julie does not talk much about him, and she raises her own children in a very different manner than her own family. Her net worth is made primarily on her reality television show, where she shows the world what it is like raising five children with her husband, a real estate investor.

Julie Chrisley and her husband, Todd, met and began dating when she was in her early 20s back in the early 90s. It was a bit of an issue for Todd as he was married at the time to the mother of his two oldest children. However, he and his wife eventually split up, Julie became pregnant and the couple wed. Their oldest child together was born not too long after their wedding, and it’s been kind of a surprise to their fans that a couple that met in this manner and began their lives in this manner would make it more than 20 years together. After all, beginning your marriage on a lie and a pregnancy and breaking up a family is not exactly something that many people aspire to do.

However, the couple has raised some good kids, and they have a good time bringing them up together. Much of their net worth has been depleted in recent years when Todd Chrisley was forced to file for bankruptcy after his business went into the ground. He became a successful real estate developer in the 90s and the couple spent many years living the very high life. Then his business went under and he’s in debt as much as $49 million if the reports are accurate in the news.

Julie Chrisley is more than just a wife and a mother, however. She is also a cancer survivor. What this means for her is that she has taken a new approach to parenting, which is the entire reason she has a reality show. She now lets things go when they don’t really matter in an effort not to sweat the small stuff and make her life feel anything but perfect. She’s quite happy with herself and she’s making an effort to be a new woman. It works for her, her family and their show, and it’s what has made her successful on her own.