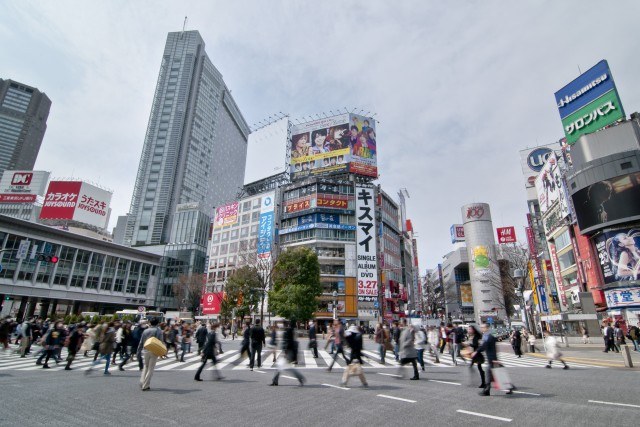 Thanks to globalization, the rise of the internet and technology, and a variety of socio-economic forces, the world is changing at an unprecedented rate. Political and economic landscapes are constantly in motion as developed nations fight to be the richest countries and developing nations aim to join the ranks. So what does the economic landscape of the world look like in 2050? No one can tell the future, however economic analysts are trying their best. The folks over at HSBC have come up with some predictions on nations that they feel will be the richest in the future. They examine things like GDP per capita, unemployment rates, political systems, and a variety of other factors that come into play when estimating which country will be the wealthiest in the future. The results that they have come up with are very interesting, so let’s take a look at a list of who will potentially be the 15 richest nations in 2050.

Analysts predict that Russia will be the 15th richest nation in 2050, overtaking Australia and Argentina. Despite economic and political turmoil that the country is currently facing, analysts still predict that Russia will come out high on the list in the long run. Russia is a vast nation filled with many natural resources, like oil and natural gas, which will help them secure a place on the list.

Despite the large and recent economic problems Spain is currently facing, they are also considered to become one of the wealthiest nations in the world. Spain is definitely at the tail end of their economic woes, and their economy is expected to recover over the years. Economists predict that their GDP per capita will increase at a rate of 3% over the coming years which will obviously help them out.

South Korea is an extremely industrious nation that has a strong work force and a good foothold on the technology industry. It’s home to many large corporations like Samsung, LG, and many others that will help them potentially become the 13th richest nation in the world by 2050.

Turkey is expected to see some of the most amount of economic growth over the coming years, showing no signs of stopping. Their fertility rate is fairly high which will help contribute to a strong workforce and their GDP per capita has nearly tripled over the last ten years. Foreign investments have also increased exponentially over the years, and they were one of the few countries who weren’t really affected by the economic crisis of 2008.

Italy is already one of the more wealthier nations in the world currently, however they are actually expected fall down a few spots on the list. Italy has one of the slowest growing economies in the European Union and their economy has only grown by 4% in 16 years.

Canada is expected to also be among the richest countries in the world in 2050. Their economy has grown at consistent levels over the years and they are considered by economists to have one of the most stable and strongest banking systems in the world. Combine that with the amount of natural resources like oil in Canada, and it’s no wonder why they make the cut.

While France does earn a spot on the list, they will actually fall a few spots down as other nations pass them. While the past few years have been relatively stagnant in terms of economic growth, economists expect France to pick up the pace over the coming years.

The Mexican economy is expected to grow rapidly over the coming years, due to an increase of jobs and reforms in education, labor, finance, and energy. Despite earning a place on the list, it is still expected that the distribution of wealth in Mexico will be disproportionate, favoring a small, but wealthy upper-class.

Despite seeing many economic downturns over the years, Brazil has proven time and time again that it can quickly bounce back.  Analysts predict a steady increase in their economy over the years as the nation experiences more prosperity. However like Mexico, it is expected that the wealth will not be evenly distributed among its citizens.

The industrial revolution was started by the British, and ever since (and even before) then they have had a strong economy. They are one of the richest nations in the world and the E.U., and they are estimated to still be one of the richest come 2050. A strong banking system has always been found in the U.K., and nothing is expected to change.

Germany is arguably the one nation that is holding the E.U. together as they are currently the wealthiest nation in Europe. After WW1 the German economy was completely devastated, but by the 1930’s they bounced back. Then again after WWII their infrastructure and economy was destroyed, yet again they were able to come back to become one of the wealthiest countries in the world. Germany has a strong banking system, a dedicated and strong workforce, and are leaders in the worlds of engineering, industry, and science. So it’s no surprise that they will still remain to be extremely wealthy come 2050.

Japan is currently experiencing some difficult problems due to a growing population of older individuals. Still they are an extremely industrious nation that has shown in the past that they are able to overcome many economic downturns. Despite all their current problems, Japan is home to many strong businesses and they are expected to bounce back over the years. Plus they have an incredibly resilient and hardworking workforce.

The Indian economy has surged over the recent years, and it shows no signs of stopping anytime soon. Their population is growing at a consistent rate which gives them a large and strong workforce. The country has seen exponential growth in business and industry over the years, and they are currently one of the fastest growing economies.

China is predicted to be the richest nation on the planet by 2050 due to a variety of factors. They are currently the second wealthiest nation, however their economy shows no signs of slowing down in terms of growth. Their unmatched workforce is absurdly large, and they remain to be the leader in terms of production, as everything seems to be made in China. Economists also predict that China will annex Hong Kong and Macao into their economy which will help them become the richest nation in the world in 2050.